The California prune market is shifting some of its focus this coming season to accommodate world supply trends. 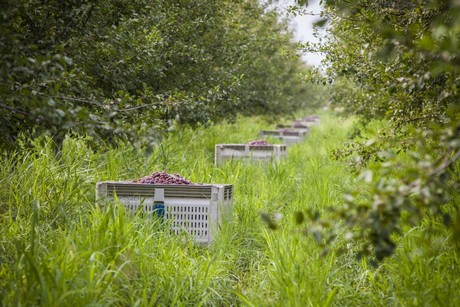 “We’re focusing on the higher-quality and larger-sized fruit. We’ve got an adequate supply,” says Greg Thompson of the California Prune Growers Marketing Association in Yuba City, Ca. “But the smaller sizes are long in supply. Growers this year were encouraged to screen out smaller sizes in the field because it is not worth spending the money to dry the smaller ones with the way the current market is.”

California has just wrapped up its harvest, which began 10 days late due to a cooler spring earlier in the year. “The forecast is for a bigger crop. It’s a mixed bag. There were some areas where the crop was up quite a bit but then other areas that were down,” says Thompson. “Overall, people were pretty conscientious about screening out the smaller sizes. We’re hoping we’ll see a crop 90,000 tons or so which would be similar to the year before when it’s all said and done.” He adds that with prunes, the dry tonnage depends on the sugar development and drying of the fruit so it won’t have accurate numbers for another month or so. 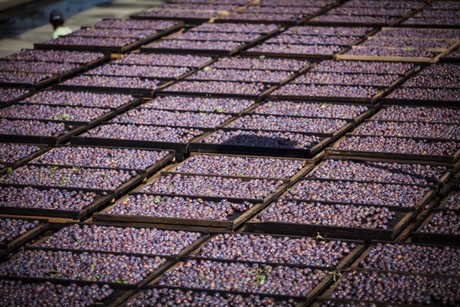 Focusing on big
In the meantime, that push continues to focus on better quality, larger-sized fruit out of the state. “The cost of drying is a major expense so the growers are very conscientious about picking at optimum maturity,” says Thompson.

Other shifts are happening within the market. “As an industry, we’re constantly working to get the word out about the health benefits of prunes,” says Thompson. He notes other consumer trends are showing prunes turning up in newer ways such as within protein bars or salad dressings.

Yet, while demand remains steady, Thompson says the market overall is somewhat slow. “Worldwide there’s abundance or prunes but not an abundance of California quality. The carry over is significant and it’s a problem everywhere in the world so the market overall we’re not seeing the growth we want to see,” he says, adding that in the last few years, grower pricing has softened as the world supply has increased. (Yet prices have done well on the larger sizes.) 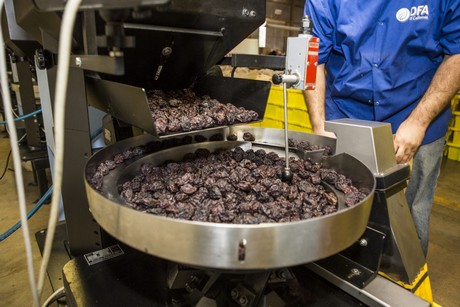 A lack of promotion of the category is another issue the industry is contending with. “The nut crops have really impacted California agriculture in a very positive way,” says Thompson. “We’ve displaced prune orchards with nut crops and that’s okay. But a lot of our production shifted from California to South America, but there’s not the promotion on that tonnage. That’s an issue.”