New standards will become effective in 2020, including the new guidelines on ship fuel introduced by the IMO (International Maritime Organization), which force shipping companies to use marine diesel oil with a low sulfur content so as to reduce emissions and safeguard the environment.

The new regulation establishes that ships must reduce sulfur oxide emissions (SOx) from the current 3.5%m/m to below 0.5%m/m (mass per mass). This is a considerable change and will probably be costly for operators not only because diesel prices will likely increase, but also because companies will need to make investments purchasing new container ships.

The president of the Taranto Port Authority Sergio Prete explains that "said choice will favor the ports closer to the main maritime routes such as Suez and Gibraltar. Hiring will most probably become more costly. When it comes to the Taranto port, traffic in 2019 has been mainly linked to industrial, oil and cruise activities."

Global trade by sea is destined to increase over the next few year (+3.8% in 2019-2023) and Asia will be the continent with the best potential when it comes to container handling. At the moment, Italy does not seem to be growing that much from this point of view. 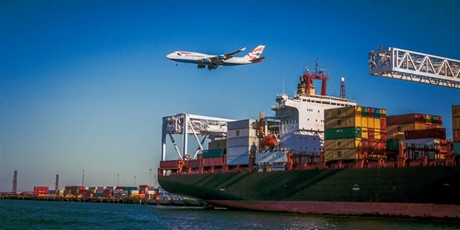 According to Alphaliners statistics, ships between 7,500 and 9,999 Teu represent 19% of the global container vessel fleet, while those exceeding 10,000 Teu represent 33%. The trend does not seem to be stopping, considering that 79% of the ships being delivered in 2019 has a capacity that exceeds 10,000 Teu.

"The Taranto port will be operative soon as well. We expect traffic to increase as of 2020 and the container terminals should become operative."