A chance to show off papaya varieties

Lance Peterson just likes to put a face to the voice.

“The Fresh Summit show is a way for us to see customers and help match those voices on the phone with faces,” says Lance Peterson of Pharr, Tex.-based Super Starr International. “And it’s not only seeing our customer base but it’s seeing people in the industry. You run into a lot of people at the show and we all have similar issues and sometimes it’s good to just talk about what’s happening in the industry.”

At this year’s Fresh Summit 2019, taking place in Anaheim, Ca. October 17-19, Super Starr will have on display three papaya varieties: the traditional maradol; a hybrid marketed under Super Starr papaya; and a Royal Star Variety that’s exclusive to Super Starr to distribute in the U.S. and Canada. “The hybrid particularly is starting to take off a bit because there have been some issues with maradols not holding up during the rainy season,” says Peterson. “The hybrid is an alternative rather than a complete replacement but we’re also working on finding a better maradol.” 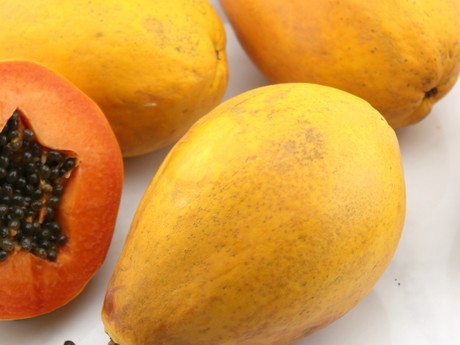 “The growers haven’t been doing very well and prices over the last couple of years have been low typically,” says Peterson, who notes supplies come from Colima, Mexico. “Producers weren’t making money. So people started cutting back on their papaya programs.”

While he estimates that supplies have been tight for about two months now, demand has also been on the slow side more recently. “Usually at this time of year, it is slow,” says Peterson. “But a couple of weeks ago, demand was very good and in the past 10 days, it dampened and has slowed down.”

He does however anticipate demand will start to pick up in the coming weeks. “Last year prices at this time were anywhere from $12-$14 and right now it’s hanging around $18,” he says.