Girish Sarda on the Indian pomegranate and grape seasons

In a little while, both the pomegranate and grape seasons will start their new season in India. For both products the previous seasons proved to be very challenging. One Indian exporter believes the upcoming season will be much better, with opportunities to supply new markets.

Last pomegranate season was very challenging
The previous season for pomegranates was a difficult one, says Girish Sarda, director of sales for Monsoon Green Earth Farms (MGE). Due to an earlier start of the season and the Turkish having an extended season and Peruvian arriving early, the window for selling Indian pomegranates was reduced to only four-to-six weeks, which naturally had a major negative impact. Volumes also have been increased as compared to previous years; last year Indian exporters shipped a little over 300 containers. All in all it was a very challenging season for all pomegranate-producing countries. 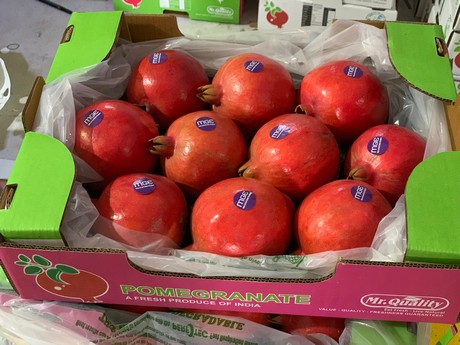 The upcoming season is looking a lot better according to Sarda. “The current crops are looking very good. Weather was okay and the season will not start early, giving the Indian pomegranate exporters a larger window to sell their produce. The floods in India did not impact the fruit-growing areas, so although there is a lot of rain, this will not have a negative impact on the season. The Indian pomegranates are smaller in size, so it is vital for us to find more European retailers that are looking for small sizes specifically. The Chinese market has yet to open for Indian Pomegranates but, once it does open, there could be good demand for pomegranates in this new market, as our production period is perfect to catch the Chinese New Year season.”

“We always try to convince our customers to accept small & big sizes - if we only focus on big sizes then growers also expect 30-40% higher prices and it’s difficult to compete in export markets with these kinds of prices. Our focus is on the fresh pomegranate aril market too, but this market is relatively new, though volumes are slowly increasing. The sales channel for arils can mostly be found in supermarkets and processors, but again the use of airfreight is the biggest challenge. The cost is too high when compared to sea freight.” Sarda explains.

MGE does have an edge when it comes to their competition from India though, Sarda claims: “We are actually the only Indian pomegranate exporter with the Rainforest Alliance certification. The fact that we are involved with the planet’s health has also meant we had to change our packaging. The war on plastic meant we had to take a hard look at reducing plastic in our packaging. Simply switching it for paper packaging is not easy. However we still have some time to make changes and feel we will be ready for the season.”

Consumers are willing to pay more for Fair Trade grapes
“For grapes, the previous season was another challenging year, the 2018 season was much better for us. This year we have a lot of opportunities for our Sonaka variety. This is a traditionally domestic market variety and after successful initial trials into the international market, we see rising demand from Europe and the sugar levels and taste of these grapes are very good. China also accepted our grapes last season, so hopefully the demand from China will increase in the upcoming season as well.” Sarda said. 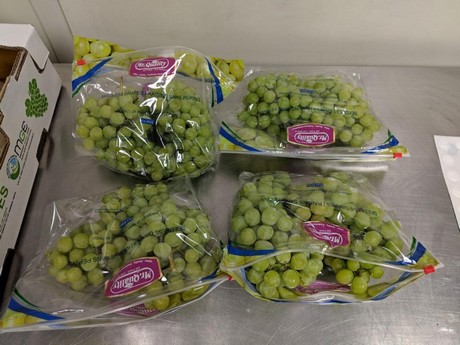 China wasn’t the only market that opened up for Monsoon Green Earth Farms. Canada also provided a great opportunity for the exporter. “The volumes of white seedless grapes that we’re sending to Canada is growing. We have to deliver the bigger sizes with good quality and have a great window to supply Canada between April and the mid of May. This is right after the Chilean and Peruvian seasons are over, and just before the Mexicans start. Last season we sent some trial-shipments to Canada. Even though the transit time was quite long, the clients were very satisfied with their shipments, so hopefully there will be an increase of shipments towards Canada next season.”

The real focus of Monsoon Green Earth-Farms this season is to grow their market share on the Fair Trade grapes. “Consumers are willing to pay more for the produce if they know the extra money is going to the farmers’ group and will help marginal and economical farmers with things like group insurance, education for the children and primary healthcare for workers, supplying Agrochemicals as per requirements, with competitive prices and more. It’s a heart-warming idea to think the consumers really want to help our farmers in terms of welfare and the community in general. The Fair Trade business is growing in Switzerland, and especially in German supermarkets. We hope other European supermarkets will allow more space on the shelves for Fairtrade Grapes.”