Fuji Primeur: “We expect a strong boost in production this year” 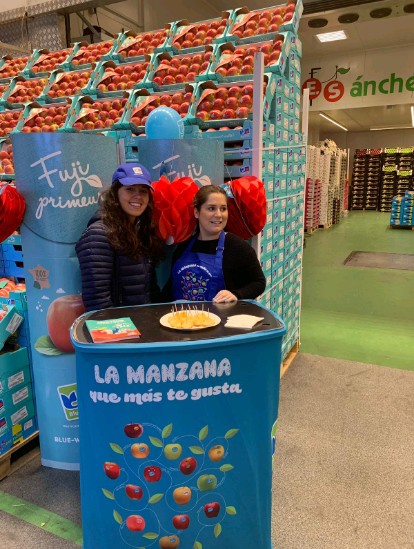 In the southwest of France, the apple harvest of the Fuji Primeur, an early clone of Fuji, started in week 35/36. “The harvest of the Fuji Primeur, the first Fuji in the southwest of France, started a week late this year. The harvest is very good this season. The fruits have a nice color and they are sweet and crunchy, thanks to the favorable weather conditions. Unlike in 2018 when the harvest was relatively low, we will have a strong boost in production this year, partly due to a marked phenomenon of alternation. The very beautiful sunshine also benefited the orchards, favoring the sugar intake. We expect to harvest approximately 800 tons of Fuji Primeur. As for the Fuji Aztec, it won’t be ready until October,” explains Dina Abella, in charge of communications and packaging at Blue Whale.

The Fuji Primeur will be sold during a very short period from September until early October. “A promotional campaign accompanies the marketing of the Fuji Primeur. For the occasion, there will be events and tastings at wholesale markets, in the fruterias of Madrid, Valencia and Barcelona. These sweet and juicy apples are especially popular among French and Spanish consumers. Taste it, and you will adopt it!,” concludes Dina.