The PMA Fresh Summit is one of the biggest shows in the produce industry. As such, many exhibitors have commented on how many buyers and growers alike make the trip to the event. Sydney Fairchild of Bridges Produce - a supplier of many different organic fruits and vegetables - said this is especially so in California, where this year's PMA Fresh Summit will be held on October 17 - 19.

"PMA attracts a high number of buyers as well as growers," she noted. "The turnout from growers, in particular, is always great to see at shows in California, with the vast amount of agriculture present in the state. Therefore it's a wonderful way to cement our relationships with both of these groups. It's also a great way to connect our buyers with our growers, giving a chance to put a face to the name, something that is so important in the fresh produce industry."

Able to showcase all produce
The fact that PMA is produce focused helps, without the distraction of some other expos that have companies representing more broad topic. For Bridges Produce, who have a large range of items available, it provides an opportunity to display to their customers their entire range, as Fairchild explained. 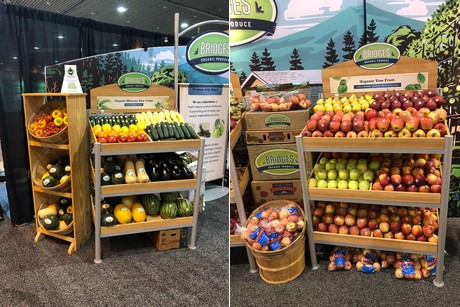 "We work with a wide range of customers," she said. "All of our offerings are organic, and under this umbrella we supply a broad range of items, including apples, hard squash, berries, potatoes, onions, peppers, to name a few. For us, getting to show the full extent of what we have to offer our customers is a highlight of this show."

It's not just the produce that the company will be able to show. Along the theme of connecting their growers with buyers, Bridges Produce will have a few of their partner growers attending from as far afield as Mexico and New Zealand. "Representatives from our grower partner in Mexico, Rico Farms, will be attending along with us," Fairchild shared. "We will also be hosting grower partners from Canada and even New Zealand."

Good timing for new cantaloupe program
This year marks the beginning of Bridges Produce's new line - organic cantaloupes. After working to get this program underway, the company has announced that its first cantaloupes will be available from late October - right after PMA. "Cantaloupes is a new item for us and we will have the first fruits available from late October," Fairchild said, adding that the company will also discuss its year-round organic offerings.

"We will be talking about and showing our organic onions, potatoes and squash, which are all available year-round. These are sourced from multiple growing regions in order to facilitate this availability." 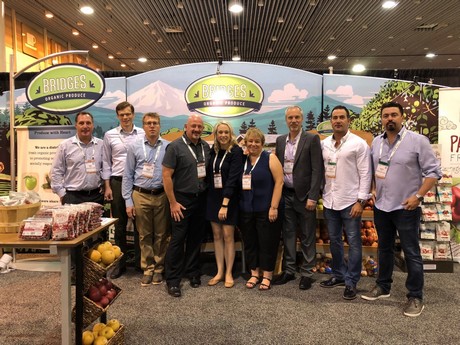 "More customers are increasingly switching to organic, by either introducing new items, or expanding their range," she explained. "Also, more retailers are entering the organic sphere. There has been a push by some retailers to limit the number of SKUs, so we are seeing some of them switching to organic only on a few SKUs because of increased demand and availability."

Attendees to PMA Fresh Summit can find Bridges Produce at Booth #2884. "As we are a small team, most of us will be present," Fairchild concluded. "Out of a total of 12 employees, there will be 7 of us at PMA, so we are greatly looking forward to meeting everyone at the show."