The demand for lettuce in the Spanish market has been skyrocketing since last week, when heavy storms flooded and destroyed part of the harvest, reducing the marketing activity of some producing companies for a few days. 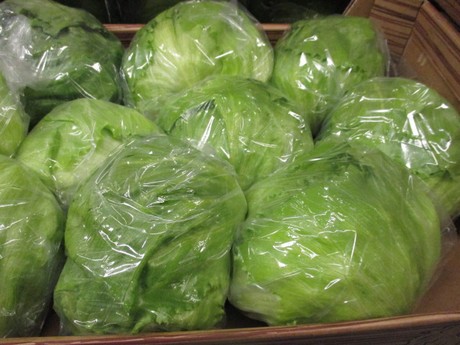 Prices have suddenly risen and it remains to be seen how the trend will develop in the coming weeks. So far, in wholesale markets such as Mercabarna, in Barcelona, ​​buyers have offered up to 6 Euro at origin for quality iceberg lettuce in boxes of ten pieces. Some Dutch importers talk about averages of 5.50 Euro per box for iceberg lettuce.

“In the lettuce fields that were in full production and have been flooded in Alicante and Murcia, the product has been severely damaged, and in many cases, it has not been possible to sell it. Fortunately, the damage has been much lower in the highest areas. Even though the lettuce there has also been affected by the rains, it hasn't been nearly as bad as in the coastal areas,” say sources from a Murcian company devoted to the production and export of lettuce. "That is why we have been able to continue fulfilling the agreed programs with our customers in the domestic market, although we have so far been forced to say no to new buyers looking for lettuce in the open market."

“The floods have mostly affected the lettuce plantations planned for the export campaign that will start this fall, which will have to be replanted. In any case, we will have to wait, because the soil is still very wet. We are not certain about when we'll be able to start, but it is safe to say that exports will be delayed, and when they start, they will do so slowly and with limited volumes,” they say.