Onion growers in the Northwest have not yet commenced harvest of the storage crop. A combination of weather events has impacted the timing of the crop, beginning in the spring when cool and rainy weather interrupted planting. Additionally, the curing and drying cycle has been affected by fluctuating temperatures in recent weeks, meaning that growers have had to be patient.

"We have been harvesting some of the early varieties since the end of July, beginning of August," said Shay Myers of Owyhee Produce in eastern Oregon. "These typically come straight out of the field and into packs. However they only make up a small percentage of our volume and we are yet to begin harvest on our significant storage crop."

Myers explained that lower temperatures are required to cure the onions. However, highs of over 100 degrees were still affecting the region in recent weeks, before dropping considerably into the 70s, which subsequently slowed the drying process. "We are still 7 -10 days out from starting the storage crop, which would put us three weeks behind schedule," he said. 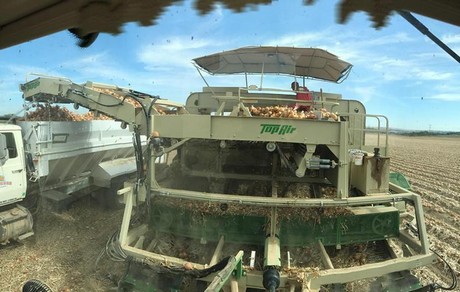 Yield is down, sizing is smaller
The weather has also had a hand in the crop itself. Yield is expected to be down on last year and sizing is predicted to be on the small side compared with what is typically produced in the region. "Yield is off by 25 - 35 percent on the early varieties and we expect similar numbers for the storage crop," Myers noted. "Sizing looks set to be on the small side - up to 45 percent smaller."

The good news is that there is expected to be sufficient supplies to last the upcoming season. However, suppliers will have to manage the crop carefully in order for the market to remain stable through next spring. "The US market relies heavily on the Northwest growing region as a source for storage onions right up until April," Myers explained. "We will have to manage our crop well in order to avoid shorting our customers." 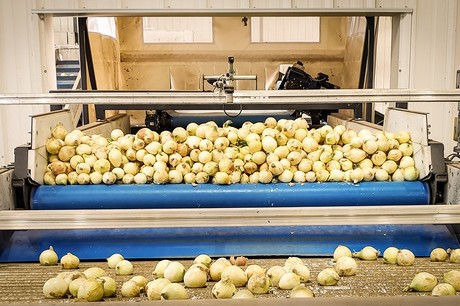 Market firming up
Based on the predictions for the upcoming Northwest onion crop, the market has firmed up in the last few weeks. This is a turnaround from several weeks ago when prices were at the lower end. Myers believes the market is now responding to the revelation that the Northwest crop is later and lighter than in previous seasons.

"We went from a $20 market to a $6 market on the core Jumbo sized onions over the course of three weeks," he observed. "But now we are seeing those prices rebounding as people realize what we are seeing in the upcoming crop."

Myers concluded by sharing that Owyhee Produce is due to make some announcements about company growth in the near future.