LRE and Saxtorp Svamp partner up

At the beginning of 2019, Saxtorp Svamp contracted LRE, a Dutch firm. LRE was tasked to simplify and optimize the Swedish company's mushroom weighing process.

Saxtorp Svamp is one of the first businesses in Sweden to be certified for growing, harvesting, and transporting different kinds of mushrooms. This company supplies about 2,500 kg of freshly-picked mushrooms per week. Annually, this totals about 130 tons.

Saxtorp Svamp sells most of the mushrooms to stores themselves. The entire process - from cultivation to transportation - takes about three weeks. After three weeks, the packaging rooms are emptied and cleaned. They are then filled again.

LRE and Saxtorp Svamp partnership
An ergonomic solution to the company's packaging set-up was sought. This was done in collaboration with LRE. The mushrooms that needed to be packed required to be placed to both sides of the packer. An LRE-designed table fitted in well with this requirement.

It also slotted into Saxtorp Svamp's current weighing process. The piece can be attached to the side of a weighing table. It was redesigned to be a universal attachment. This adaptation means the attachment can be placed to both sides of the weighing table. It, therefore, suits both left and right-handed people. 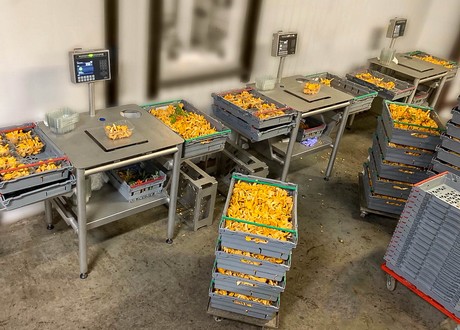 DTS-V indicator
Smart modules are also being used. Using this reduces the give-away percentage. It also improves employee performance. The weighing tables are all fitted with a DTS-V indicator. This indicator had an LED bar with an exact 1 LED is 1 product indication.

The user is told how many mushrooms have to be added or removed to reach the target weight. This means the product is accurately weighed. There are not too many or too few mushrooms in a pack. Employees need only follow the LED indication. They, therefore, no longer need to be trained.

Smiley face
Each DTS-V has a smiley face functionality. The smiley goes red or green. This face shows the user whether they have reached the required packing speed. This speed depends on their level of experience - beginner, average or experienced. The accompanying software can then be used to see how employees perform.

This assessment is based on standardization, and the number of kgs packed. The percentage of incorrect weights is also recorded. In this way, action can be taken if someone's work is not up to scratch. LRE's systems combine smart weighing and the direct control of the staff and product. This combination ensures improved efficiency. 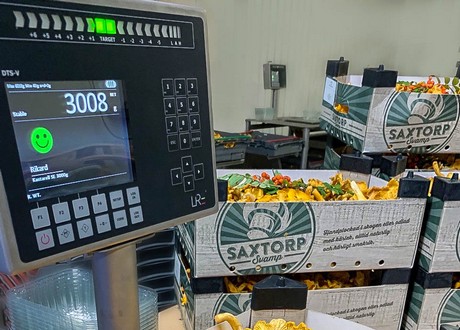 Follow up
Saxtorp Svamp has been using this smart weighing and registration system for several weeks now. Four modular, ergonomic weighing tables are being used. Here, workers are packaging the mushrooms quickly and accurately. The mobile, bulk weighing solution is mostly being used as an extra weighing solution. They are used when it gets busy.

“Following up on the project is very important to us," says Roel Borgman, LRE's owner. “We will keep supporting and advising Saxtorp Svamp in the coming period. They must be able to get the most out of our smart systems." 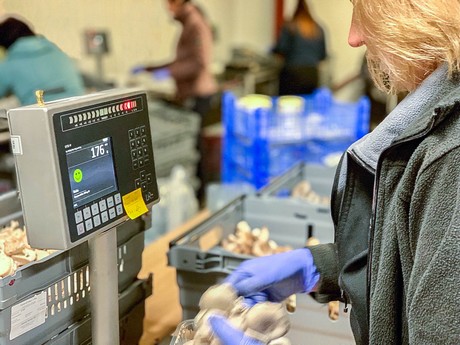 LRE launched its new website in 2018. It focuses on smart weighing and software solutions. You can find information about their products on the site. There are also several case studies. The most recent projects and upcoming events and trade shows can be seen too. Fruit Attraction is one of these upcoming trade fairs. This is to be held in Madrid, Spain. LRE can be found in Hall 10, stand number 10A04D.