“All lights are green for overseas grape season, although effects of floods in Spain still have to reveal themselves”

The first Brazilian grapes are being packed this week. Robert van Melle of Origin Fruit Direct talks of an interesting overseas season. “The flooding in Murcia and Alicante, Spain, will result in high demand for the Spanish grapes. This will become clearer in the coming days and weeks.” 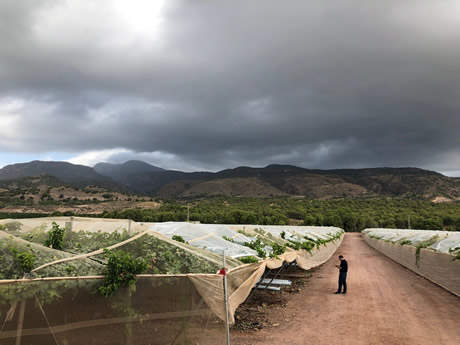 Threatening clouds during Robert’s visit to Murcia in August

“All lights are green for Brazil, but on the other hand, people shouldn’t count their chickens before the eggs have hatched. Last year, both Spanish, Italian and Greek grapes had a lot of rain, which definitely affected quality and condition, but despite this, people continued to supply for a long time. As a result, the European market only started switching to overseas grapes late in October,” Robert says. 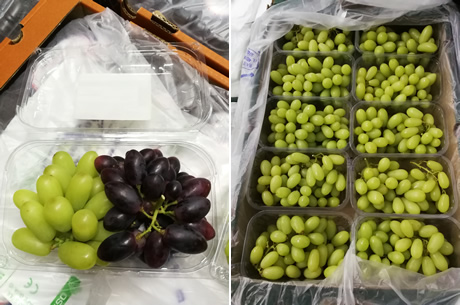 “Up until last week, the scenario was about the same. We’ll now have to wait and see to what extent the Spanish growers have been hit. Various plastic coverings have been damaged, so that the grapes were directly exposed to the water. On the other hand, Spain isn’t the biggest player regarding white, seedless grapes, and there will be plenty of grapes left from Italy and Greece. I expect prices to recover, and that’s a good prospect for the Brazilian growers. They’re a week earlier than usual, the UK in particular is already importing grapes from Brazil.” 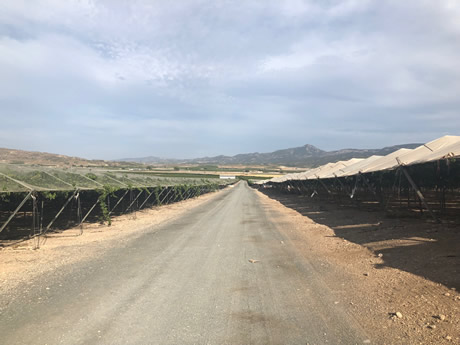 “Our suppliers in Brazil have indicated that quality and conditions of the grapes are slightly worse than last year as a result of the cold spring. Other than that, a regular harvest is expected. Last year, prices for grapes were low, Chilean grapes being the exception, particularly because Peru didn’t sell in the US and sent everything to Europe as a result. The entire market crashed because of that,” Robert continues.

“When South Africa started, all of Europe was still filled with Peruvian grapes. In January and February, this resulted in dramatic prices of about 8-10 euro for white and red seedless. This year, Peru is expected to send its usual volume to the US, so that Namibia and South Africa hope to return to more normal prices during their window.” 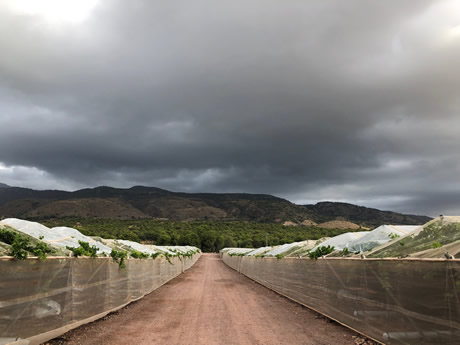 An important trend on the global grape market is that a lot of new plants have been planted and that current plantations are making room for new varieties, so that more kilograms will come from the same number of hectares. “Peru in particular is expanding considerably. In the coming years, we can expect significantly more grapes, and these will all have to find a place,” Robert concludes. “Regarding varieties, Sweet Globe in particular stands out. This variety isn’t just hot in Europe, but also in Asia and the US.That could affect less popular seedless varieties in the coming years.”