“Export of Belgian leeks is slow to start”

After a fairly good holiday period with a mediocre supply and fairly appealing prices, the leek market is now calm. “Demand for leek can currently be called so-so. There isn’t a rush exactly, but demand isn’t lacking either. Normally, demand increases after the holiday period, but that’s not the case right now,” says Andy de Clercq of Groenten Declercq. 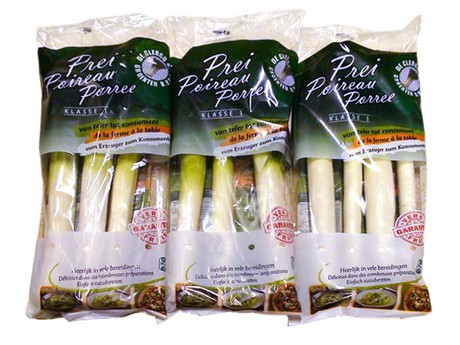 “As a result of the calmer demand, prices are fair for the time of year. However, prices could start increasing in the coming weeks. It’s very dry at the moment, and not a lot of precipitation has been forecast for the coming weeks. Because of this, the leek isn’t growing very fast, and that has a negative effect on the tonnage per hectare. If the weather remains this dry, we won’t get a lot of supply in the coming period,” Andy says.

“The export of leek is also slow to start, but when we look at our neighbouring countries, we’ve noticed they also have problems because of the dry weather. Particularly in Poland, where we have a few colleagues, they’re affected by the dry weather. As a result, I expect they’ll also have lower tonnages per hectare. Hopefully, export will get started earlier than in previous years because of this, and this could result in recovering prices,” Andy concludes.