“Prices of Belgian blueberries were mediocre but better than last year” 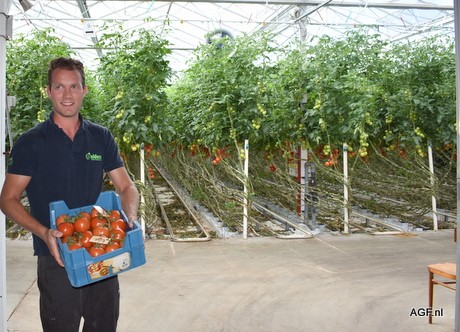 Family company Kwekerij Mulders in Poppel, Belgium, grows both tomatoes and blueberries. Gert Mulders explains how this surprising combination came about: “We grow our tomatoes on three hectares. Because we couldn’t expand regarding space, we started growing blueberries in 2017, and we’re still enjoying this. Right now we grow them on 1.7 hectares.” Kwekerij Mulders sells the tomatoes and blueberries via Coöperatie Hoogstraten. Besides, they also sell from home, which is well-received by neighbours and passing cyclists. 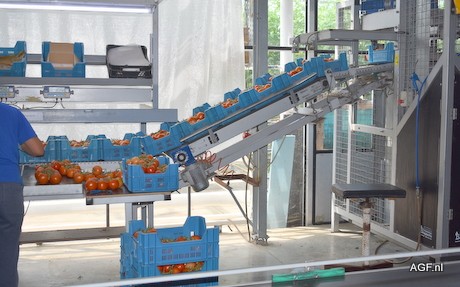 “A few years ago, we had both Elite vine tomatoes and beefsteak tomatoes, but two years ago we switched to just Elite tomatoes. Not many growers in Belgium grow Elite vine tomatoes. A lot of growers choose to grow Princess tomatoes, because these are large and kilograms are higher. The Elite is much smaller, has a better colour and is sweeter than the Princess, which could easily result in prices ten cents higher. Prices are only similar when there’s a lot of product on the market. We also never see damages on Elite caused by macrolophis. This makes it easier to manage the biology for us.” Besides the Elite vine tomatoes, Kwekerij Mulders also grows a few rows of snack tomatoes. These are only sold locally through their vending machine. 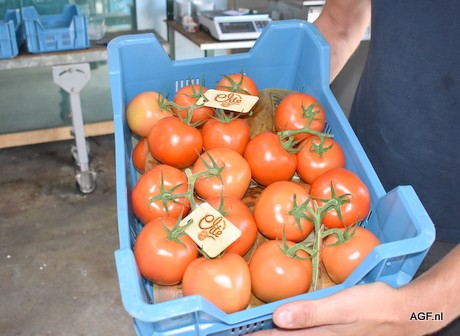 Gert continues: “We continue until about mid-December and we don’t have illumination. That was a careful decision we made. This allows us to completely decontaminate our company in winter to maintain biology. Winter doesn’t see any high peaks, so growing wouldn’t have an added value for us. The electricity we would otherwise put into lamps is now sold back to the grid. From mid-December until 2 January we have plenty of time to clean everything up. Our first production starts in April. We’re satisfied with the past year, we had a production of 1.7 million tomatoes. Regarding current prices: because of the warm weather of about four weeks ago there were a lot of failed plants, and I therefore expect prices to rise.” 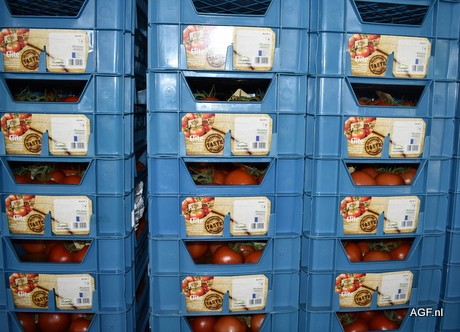 Belgian product
Gert also says the past blueberry season was good. “Damages caused by warm weather were fortunately not too bad. We work with tunnels, and as a result, the blueberries were fairly well-protected. Our production uses substrate on the location beside the tomato greenhouses, because this is easier to manage and control. At the other location of 1.5 hectares, our production is outdoors. Our blueberries are a Belgian product, but they have to be perfect, or people would buy blueberries abroad.” 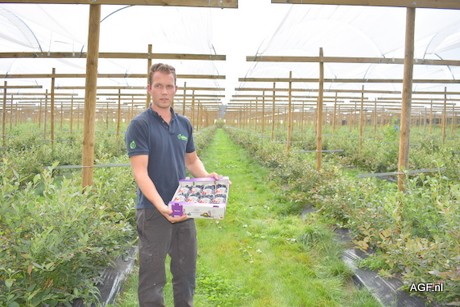 Increasing productions in Germany, Poland and Serbia
This year, prices were mediocre, but they were very bad last year, according to Gert. “The south was very late last year, while we were early. That means you arrive on the market at the same time, and prices were low as a result.” He also mentions that productions in countries such as Germany, Poland and mostly Serbia are increasing. “They’re in the middle of summer as well, so prices tend to dip. These countries have a lot of young plantations, volumes of these are increasing incredibly quickly. Prices have so far been fairly stable. The season is reaching its end, and product is already being bought abroad.” 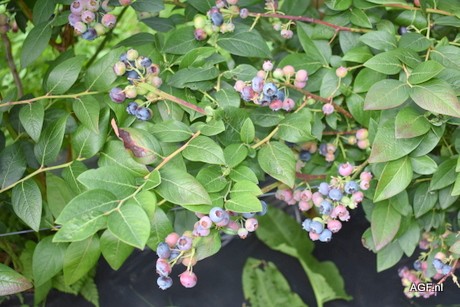 “We have various varieties: Duke, Draper, Topshelf, Liberty and Aurora. The plants are four years old and this was our first harvest. Liberty and Aurora are later varieties but have a higher production: about 10,000 kilograms per hectare. Our production is 8,000 kilograms per hectare on average. The production of various varieties means risks are spread, and it’s easier for us regarding staff. All blueberries have to be picked by hand to retain the fuzz on the berries. This was a difficult year to find workers, which is why we try to treat them by having them do various activities. We’re a small family company, workers can do everything, and they help both with tomatoes and with blueberries. We’ve noticed they appreciate this, and that they’ll return the following year.” 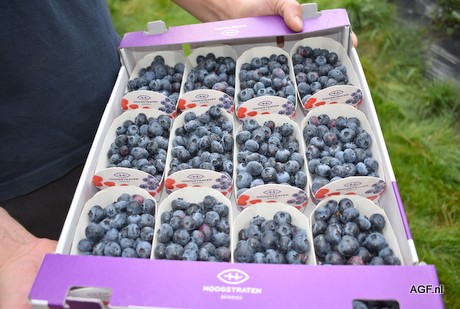 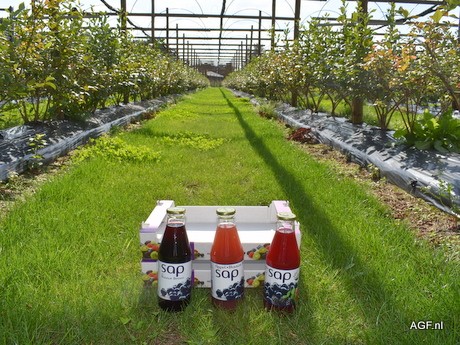 The season lasts about two more weeks. Because days are becoming shorter, the final blueberries are slow to colour. When asked if they have plans to expand the blueberry product, Gert smiles: “Who knows!” 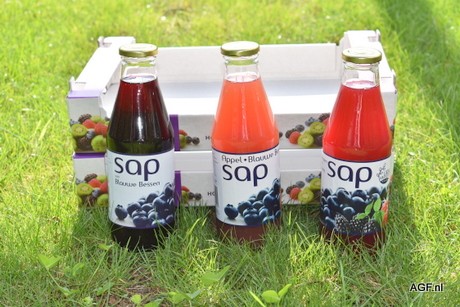 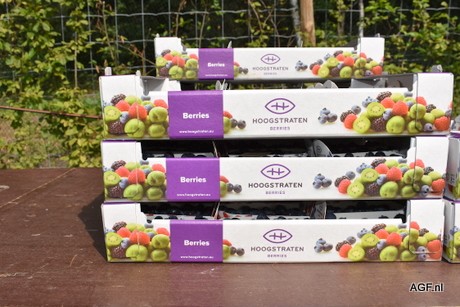