"Pleasing yield with a high proportion of first-class merchandise"

On the German kiwi plantations, workers have been harvesting continuously for over three weeks - 10 days earlier than usual. Charly's Erdbeerhof near Jülich, owned by Duisburg-based trading company Diplanya, is now picking lots of the exotic fruits as well. Despite the heat wave of this summer, everyone is expecting a pleasing yield. 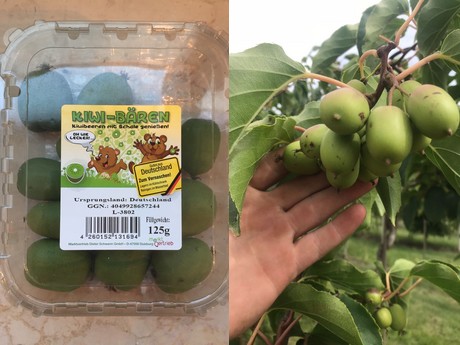 Although the heat has caused some problems for the grower, the final yield on Germany's largest growing farm (about 6.2 hectares) will be quite plentiful for kiwi berries. "The production volume will definitely be above last year's level. In addition, based on today's expectations, we will be able to offer retailers a higher proportion of first-class goods," says Andre Franken, Purchasing and Sales at Diplanya LLC. The harvest will be completed next week and the fruits will be delivered by the end of September, made possible by the appropriate cooling methods.

Vitamin bomb
The sustainable cultivation technology behind the product as well as its potential as a "diet snack" should, according to Franken, be emphasized even more. The Diplanya company has - independent of international association Nergi - launched its own brand called 'Kiwi-Bären, hoping to appeal to children and adolescents in particular.

At this time, a second step needs to be taken, says Franken. "The product itself meets all the criteria of the modern consumer and could certainly be a success. The fruit not only contains a lot of vitamin C and antioxidants, but it also saturates extremely fast. From this perspective, the kiwi berry is much cheaper than many other types of fruit," says Franken. 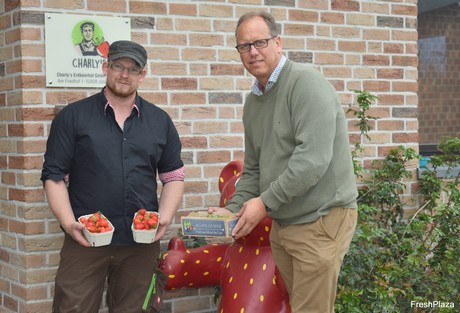 Andre Franken (r) of Diplanya, together with Dennis Weisbrod, manager of production company Charly's Erdbeerhof, growing the kiwi berries on behalf of the Duisburg trading company.

Despite the many advantages of kiwi berries, German sales so far have been somewhat reluctant. Nevertheless, some supermarket chains have buying these products for years now, which meant that the 'Kiwi-Bären brand was able to push through to German food retail. 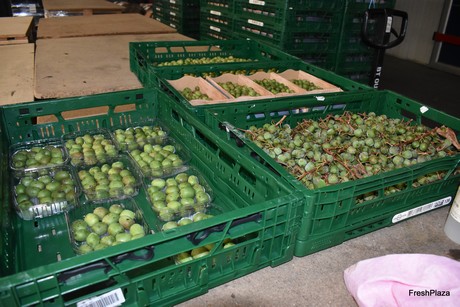 Commercial portioning
Currently, the kiwi berries are almost always marketed in commercial portions of 125g. "As soon as the berry is cultivated on a larger scale and has established itself a little more, I could imagine that units such as 200g-sizes will be offered as well."