Storage units are filled with plums that accumulate leading to low prices, although the harvesting of the Angeleno variety started less than a week ago.

"I've been growing plums for the past 23 years, yet I cannot remember such a bad year. Of course there have been low prices in the past, but not as bad as they are now," explains producer Mauro Bosi from the Ravenna province. 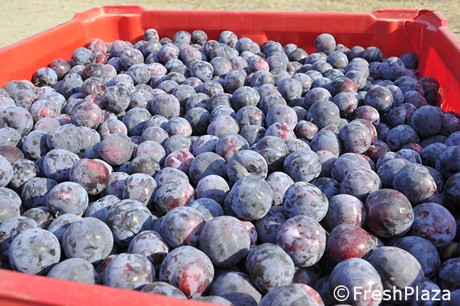 We're talking about producer prices of around 20-25 eurocents. Considering that there's a lot of waste due to the hailstorms and brown marmorated stink bug, the gross saleable production expected doesn't even cover production costs.

"What is more, the Italian market is flooded with Spanish productions sold at low prices. The fact that countries with lower production costs ship their produce to us means that we might as well close down, so at least we wouldn't lose money every year."

It seems large packaging facilities have tons of unsold summer plums in stock, which increase costs and contribute to an even bigger supply. The only hope for Angeleno plums is to be placed on the foreign markets as the campaign lasts until December. Brexit permitting.