A combined team of Punjab Agricultural University and University of Western Australia researchers has reported a breakthrough in disease resistance in brassica crops. Brassica varieties are commonly used for food, including broccoli, cauliflower, cabbage, turnip and – especially – oilseed crops for producing canola oil and the condiment mustard.

The researchers claim their findings will lead to advances that strengthen crops against attack from Sclerotinia stem rot. This disease is particularly damaging to brassica crops such as canola and mustard, causing major yield losses worldwide. 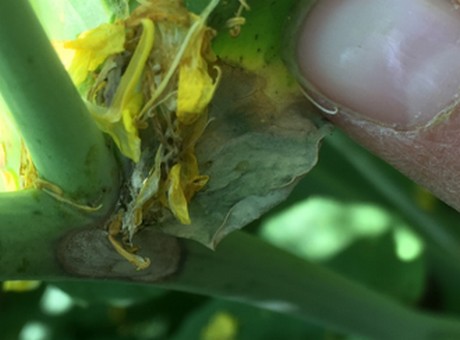 Professor Martin Barbetti from the UWA School of Agriculture and Environment and Institute of Agriculture says that managing Sclerotinia stem rot could be achieved by the genetic resistance present within brassica crops: “Developing crops with greater disease resistance is the only effective avenue for long term, cost effective management of this devastating, worldwide pathogen. Our research has opened the way for deployment of the introgressed resistance genes from wild weedy Brassicas into a wide range of high-yielding cultivars, of B. juncea initially and, subsequently, into canola and other crop and horticultural brassica species.”

Ruralnewsgroup.co.nz explains how Barbetti believes this breakthrough has benefits for agriculture in NZ, Australia and India.