CN said that these announcements are the latest examples of the company’s “focus on profitable growth in the intermodal sector, as it remains committed to offering the best intermodal rail service in North America.” 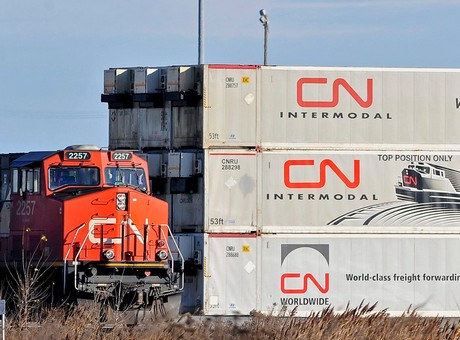 COSCO-CN agreement: CN also said this week that it has been chosen by COSCO Shipping to serve as the exclusive rail provider for COSCO Shipping’s discharge at the Ports of Vancouver, Prince Rupert, Montreal, and Halifax to all currently-served CN destinations.

“We are proud that CN’s excellence in supply chain logistics and focus on growth has earned the continued trust of COSCO shipping’s business,” said Reardon, senior vice-president of consumer product supply chain at CN. “This is yet another strategic contract signed recently. By choosing CN to service all inland destinations on the network, COSCO will be well positioned to benefit from a unique tri-coastal access. This new exclusive Canadian partnership further reinforces our relationship and our commitment to providing the best intermodal rail service.”