At Prognosfruit 2019, Italy is as always a significant voice in many debates and conventions regarding the current apple scenario on the European market. The event is important as it provides official data as regards expectations for the 2019/20 apple production.

Compared to other producer countries, Italy is expecting a slight drop in both Golden Delicious (-7%) and Red Delicious (-9%) after the record figures of last year. Gala and Fuji should instead grow (+8% and +2% respectively). 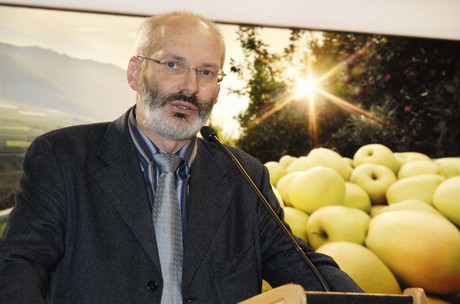 Alessandro Dalpiaz, director of APOT and Assomela, commented that "this campaign should be calmer than last year with interesting perspectives. Although we will still have to compete with other producer countries, remuneration should be fairer."

"The lack of volumes regards mainly varieties typical of countries in Eastern Europe, while the volume of the most popular varieties for Italian consortia are more stable. We must also take into consideration the damage to fruit quality (reduced grades, hail and russeting) or diseases (scab in some countries or brown marmorated stink bug in Italy) that could reduce the volumes of apples for the fresh market."

"The first shipments to Vietnam and Taiwan - now open after long negotiations by Assomela - should leave towards the end of the year. Over the next few years, we are hoping to reach Thailand, China and Mexico as well." 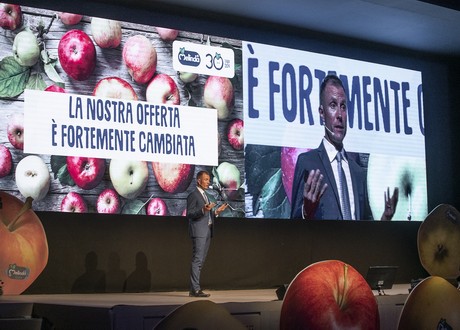 Nicola Magnani, sales manager for Melinda and La Trentina, confirms the good perspectives for the Gala variety, especially when it comes to exports. "Of course the forecast for 10.5 million tons was well received, although this figure also includes the Golden and Gala production, which is in line with the past year. The market will probably be less inflated, with less pressure and tension when it comes to prices, especially in export markets such as Germany and North Africa. Quality is much higher than last year, which should facilitate things, especially in the beginning."

Thanks to the joint commercialization project within APOT, Melinda and La Trentina can reach over 60 countries worldwide 12 months a year with both traditional and new varieties, including Morgana®, Sweetango® and Gradisca.