“Fantastic.” That is how Dutch cauliflower grower, Ton Slagter of P.N. Slagter, describes the cauliflower season. "We already had a good season last year. But, this season is better."

"This year, we had fewer issues with the heat. We also had fewer problems than other parts of the country. When there is a heatwave, it delays the cauliflower head formation. You see many peaks and troughs in the prices too. This is an advantage for some growers." 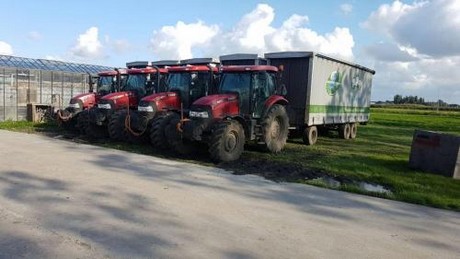 ”England will still have a shortage this month. They did not take anything in August. Now, they are buying again. Currently, cauliflowers are going to Italy, Spain, and Scandinavia too. Demand there is, however, not terribly high," says Ton.

“At the moment, day trade prices are at €0.75 for the first time. Over the past week, these were a little lower, at around €0,50. Prices are expected to rise in the coming weeks. This increase is because there will be fewer cauliflowers. This shortage is due to the end of July's heatwave." 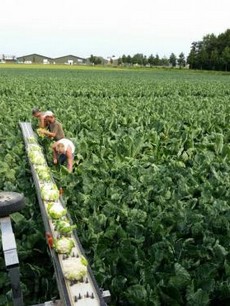 Ton has noticed that cauliflower is becoming increasingly popular. "The cauliflower's image has changed in recent years. It has gone from old-fashioned to modern. This is not just thanks to cauliflower pizza bases," Ton explains.

"Cauliflower rice and an increase in vegan food are also contributing. In America, cauliflower has become very hip too. I do not know what the exact numbers are. But, I do know it is very positive. Any extra attention to cauliflower is welcome."

"Ten years ago, cauliflower was the number one vegetable in the Netherlands. It is still in the Top Ten now. But, it does not get eaten as much as back then. Cauliflower has gotten a better image in recent years. Because of this, I expect its popularity to keep increasing," the farmer concludes. 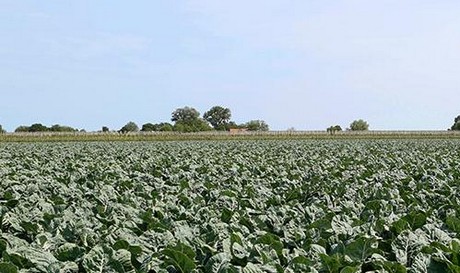