Sterile fruit flies to be released in research trial

Millions of sterile Queensland Fruit Flies will be released over trial sites in western NSW and northern Victoria this week as scientists intensify efforts to protect horticultural crops from one of the nation’s most damaging pests. 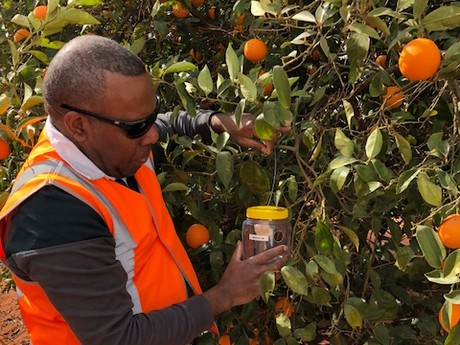 The move marks the first time the nation’s $60M effort to curb Queensland Fruit Fly (Qfly), the SITPlus program, has moved into NSW and Victoria for full trials, following successful releases of the sterile flies in South Australia over the past year.

“At each location, about 2 million sterile flies will be released from a customized aircraft each week until April 2020,” he said. “On the ground, scientists will monitor the movement of the flies, their longevity in the field, the impact on crops and the wild population.”

Hort Innovation SITPlus director Dan Ryan said Qflies are responsible for an estimated $300 million in lost produce and markets nationally, and the SITPlus initiative is working to turn that around. “The sterile Qfly production facility in Port Augusta is in full swing, producing 20 million flies per week,” he said. “Satellite rear-out centers, which receive sterile flies from pupae stage and grow them for release, are also now open in Yanco NSW and Tatura, Victoria. The program is constantly being refined to ensure the best possible outcomes.” 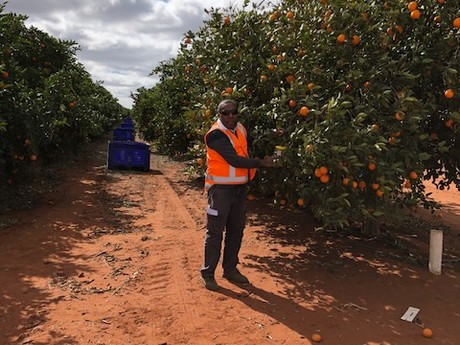 Mr. Ryan said some of the nation’s leading scientists have invested countless hours ensuring the sterile fruit flies will be fit and attractive to native flies, encouraging them to ‘mate’ without producing offspring. “Female fruit flies are very astute when it comes to selecting a mate,” he said. “As a result, our scientists have spent hours developing breeding programs that ensure our sterile Qflies are the most attractive, best smelling, best ‘singing’ and fittest flies possible.”

The Australian Government also invested $2.35 million through the Rural R&D for Profit program to develop guidelines for the release of SIT flies through an area-wide integrated pest management program, to create the optimal conditions for SIT fly releases to be successful.