Acreage down but good supplies for domestic pomegranates

Domestic pomegranate supply looks ample this year despite the trimming back in the U.S. on pomegranate acreage.

“There’s been acreage taken out over the last three years,” says Keith Wilson with King Fresh Produce LLC in Dinuba, Ca. “The supply of pomegranates has come down which is good for fresh market demand.”

Fifteen years ago, pomegranate plantings were the hot item to plant. “The cotton industry and other row crops experienced depressed markets so people who grew these kinds of crops started planting pomegranates due to there low irrigation needs and the promise of high juice prices,” says Wilson. 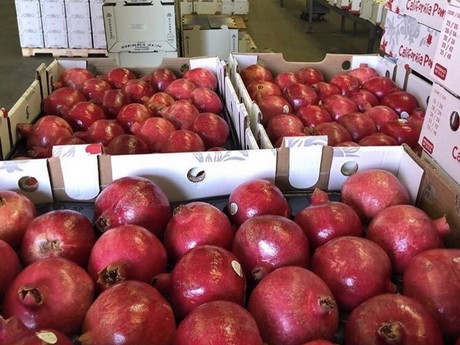 The interest in juice
The popularity of pomegranate juice at the time added to the interest in the fruit. “The juice price then was in the $500/ton range,” says Wilson. “The juice market fell to the $150/ton range and once you picked and hauled, there was only $50/ton back to the ranch. They were losing money and all these small growers pushed pomegranates out.” Larger growers were doing the same.

All of this leaves this year’s crop slightly smaller than last year. “There is less fruit on the trees so we’re thinking that may help the sizing pack out bigger this year,” says Wilson, adding that while the fruit doesn’t take much labor to grow, it also doesn’t take much water but only if it’s going to the juice market. (Fresh market pomegranates need water to produce larger sizes.)

While pomegranates are currently growing in California’s San Joaquin Valley, Wilson notes that some work is being done in Georgia growing pomegranates although coloring may be an issue so the fruit may be headed towards the juice and aril market. California, which started with the varieties Early Foothills and Early Wonderfuls, will harvest varieties until Thanksgiving. 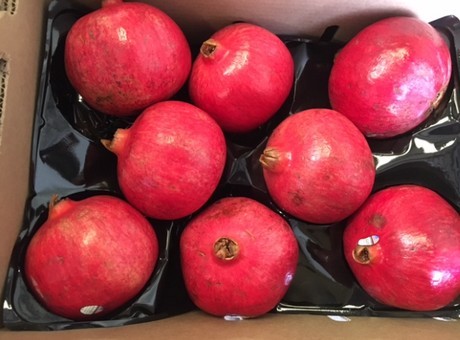 Competing countries
In terms of the import market, Peru and Chile in South America are also growing pomegranates, but during opposite seasons. Other growing regions are Italy, India and Uzbekistan. King Fresh in California exports product, particularly the Wonderful variety, which starts production October 1st, to the Pacific Rim countries.

Meanwhile demand looks good and Wilson notes that they would like to have good volume with the fruit for Rosh Hashanah, which takes place at the end of September. King Fresh packs pomegranates in a single or two-layer box or also in a three-count mesh sleeve.

As for pricing, Wilson says it’s at good levels this year given the demand for the fruit. He also notes the pricing is comparable to last year.