Star fruit growers in Florida are feeling positive that this year's crop will be much improved over last year. The 2018 season was marred by the effects of Hurricane Irma the previous year, which had damaged the trees. The trees were still recovering when last year's crop got underway, resulting in what some growers described as one of the worst years in their history.

"It was a strange year last year, with the damage from Irma resulting in us having a terrible star fruit season," said Fred Elson of Elson's Exotics in South Florida. "The duration of the wind speeds seemed to damage the roots."

This year is looking good so far, he said. Hurricane Dorian came close to threatening this good start to the season, which began in late June and will extend into early next year. "Hurricane Dorian came as close as you can get without having any effect on the star fruit crop," Elson noted. "Our season is expected to go until the middle to end of February. At this stage, things are looking good." 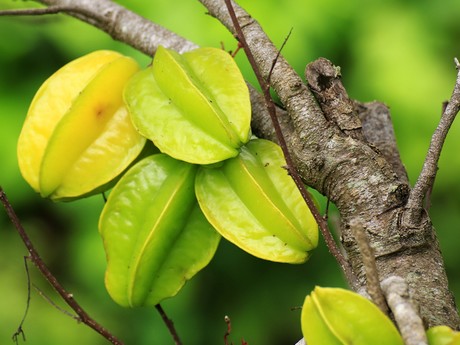 Prices dropped earlier than usual
Although the start of the star fruit season may have been good in terms of the actual crop, the market has not been so positive. According to Elson, prices normally stay relatively strong for four to six weeks after the opening of the season, however this year those higher prices lasted much shorter.

"This year, we only saw strong prices for one week before they dropped down," he observed. "The market fell to levels which indicate there was a lot of fruit in the system. This persisted throughout July and August, and have only just started recovering in the last week. We hope it continues to strengthen and remain steady for the balance of the season."

Prospects of expansion
Fred Elson has been growing star fruit for more than 30 years and his company, Elson's Exotics, specializes in them. They ship over much of the US and recently received approval to ship to Texas. The company is now considering approval for California shipments, while it seeks business in both California and Texas. Elson's Exotics ships star fruit primarily in wholesale packages.

"We are trying to get certified to ship star fruit to California," Elson shared. "The process is a little more complicated than it was for Texas, but we meet all the requirements. Our aim now is to get some accounts in both Texas and California by next year. There are plenty of buyers from those states that come to Florida for their tropical fruit needs, so we will look to add a pallet of our star fruit to these shipments."