The Midwest is seeing its first apples being harvested for the season. Growers in the warmer parts of the region have commenced their harvest, while those in areas with long winters, such as northern Michigan and Minnesota, will start a bit later, according to Bill Dodd, President of Midwest Apple Improvement Association (MAIA).

"The Midwest apple harvest has begun, depending on where you are in the Midwest. In those warmer climate areas, we’re on the front end of the harvest and the uptick starts for the whole region soon."

Dodd added that growing conditions have been good during the summer. "Once we got past the record rain totals from the spring, we had decent weather and a similarly decent growing season," he said. "We’re not expecting a huge bumper crop but it will be an above average year in both quality and quantity." 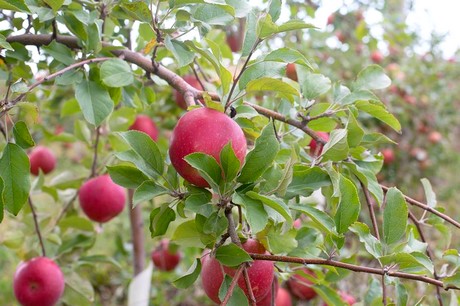 EverCrisp apples will be harvested from the end of October

EverCrisp the highlight
The focus is currently on harvesting the early season varieties like Gala and Honeycrisp, which Dodd noted are coming in strong right now. By the end of October, the region will start on what is considered the highlight of the season - EverCrisp. The EverCrisp apple was developed by the MAIA and is a cross between Honeycrisp and Fuji.

"For Midwest Apple Improvement Association, we most look forward to our MAIA-1 variety, marketed as EverCrisp," Dodd shared. "Growers harvest EverCrisp near the end of October, and we are once again thrilled to bring to the market a delicious apple arriving at farm stands and grocers late in the season just as most other newer varieties are leaving the shelves."

He said that production is increasing steadily each year and expects to see a continued increase in retail and consumer demand. There are also some other projects that MAIA are currently working on.

"As a whole, MAIA thinks very long term, and there are varieties we are working on now that are very exciting to us, but of course aren’t yet visible to consumers and most of our growers," Dodd said. "It’s all part of our commitment to supporting growers in the Midwest and beyond with new, creative varieties that will be competitive in the marketplace, not to mention absolutely delicious." 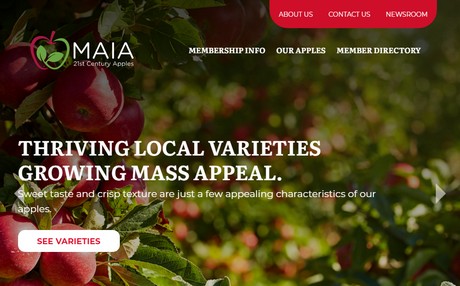 New website
Last month, MAIA launched its new website. The revamped website contains more thorough profiles of each variety as well as varieties entering into the market in the near future. It also contains an extensive gallery of photos along with stories, while including what is described as an "extensive directory of MAIA members".

"I know we’re based in the Midwest and are supposed to be modest, but – wow – we’re really proud of the new site,” Dodd said. “In the past two years, we have hit a major milestone with the successful roll-out of EverCrisp® at grocers nationwide. Our new website puts us in the right place online in terms of helping growers, distributors and retailers understand who we are, what we’re offering and where we’re heading.”