The latter part of summer has not been too kind to cantaloupe growers, as the market has remained flat, keeping prices down. Volume steadily built as local deals arrived and earlier supply issues related to the cool spring passed by. Additionally, demand was not as high as is usual for this time of year.

"There have been mini gaps in supply appearing occasionally throughout the season," observed Rick Kaiser of Produce West. "This was caused by an irregular planting pattern related to the cool and wet spring we had in California. However we are mostly through that now. We did have a strong local crop this season, and many that feature cantaloupe during the summer, such as local markets and foodservice companies, have been turning to their local crop." 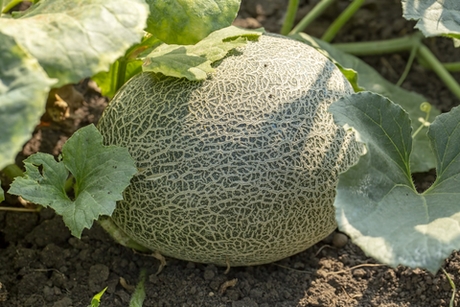 Market now improving
Kaiser said that some of the local deals in the Midwest and East Coast are now finishing up, with production centered around California's Westside district, which includes Mendota, Los Banos, and the greater Sacramento region. Demand has improved and supplies are not as strong as they were a few weeks ago.

"The market has been depressed for the last three to four weeks, with prices in the $5 - $7 range," Kaiser noted. "But this has now changed and prices have improved slightly to $7 - $8, with the mostly market at $7.50 FOB."

He added that the outlook is set to remain steady. Cooler weather in the next week will also likely slow production. "With cooler weather in the upper 80s and lower 90s arriving in the Westside district, it will take longer to achieve the required BRIX. We expect the market to stay steady into next week with discounting on some sizes."

Sizes large for now
As harvesting of new crop cantaloupe starts in some areas, sizing is reportedly going to remain on the large side. Also, the fall crop means a switch to different varieties, with suppliers waiting to see what kind of effect this will have on supplies and the subsequent market going forward.

"Sizes have been skewing quite large, peaking on Jumbo 9s then regular 9s as is usually the case when new fields are broken after the aforementioned mini gaps," Kaiser explained. "Next week, varietal changes and cooler weather look to keep supplies in check. Early in the week, sizes should continue to run large, but that could change later in the period."