The ever-evolving technologies for blueberry sorting

Sorting technology and automation are hot topics in the berry industry right now. As blueberry production ramps up around the world, companies specializing in this kind of equipment continue to develop new and improved technology. WECO Sorting introduced its first blueberry sorter in 2005. According to WECO's Vice President Eric Horner, the company was initially looking to develop a harvester-mounted color sorter designed to remove red and green berries.

"However we quickly discovered that in-plant processing facilities were the future," he said. "In 2005 we built just one sorter for a harvester. In 2006 we built eight sorters for fresh market in-plant processing facilities spread from Florida to British Columbia gathering as much data on berry varieties, growing conditions, and customer preferences. These first eight sorters were single view machines, meaning they could only scan one side of the berry."

He said though that because many varieties did not color up evenly, WECO added a lower camera to it the same year, after which they were able to view two sides of the same berry. "This improved the sorting by more than 30 percent vs. a single view sorter. Another significant discovery was the ability to sort out soft-overripe blueberries using a very specific IR light wavelength already built into the cameras by the engineering team. By the end of 2006 the "BerryTek Two View Color and Soft Sorter" were born and thus our first blueberry sorter model." 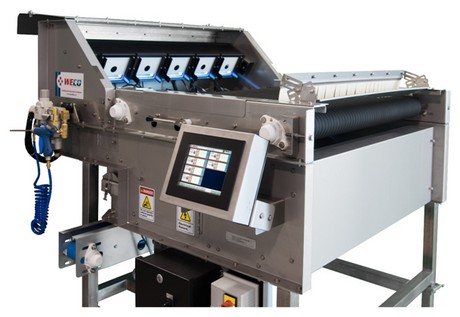 According to Horner, the importance of sorting and grading will only increase in time, with automated harvesting and handling becoming more widely used. "There have always been very strict grading practices for fresh market blueberries, as with any fresh market commodity," he said. "Mechanical harvesters are a bit harder on the fruit and the percentage of green, red and soft berries has increased significantly. In many cases, you have blueberry packers using two of the BerryTek Sorters back to back or in tandem. This provides quite a few benefits including four times the scan of every berry."

BerryTek ChromaxHD
One of the new developments from WECO Sorting is the BerryTek ChromaxHD. Horner shared that these are "full-spectrum sorters operating over the entire visible and infra-red spectrum". He also said they are flexible and can be used for a number of different purposes.

"The ChromaxHD system is the newest camera and software technology from WECO in the BerryTek Two View platform. Multiple color spaces are used to make the sorters extremely flexible tools for performing a wide variety of sorting tasks. The LEDs used are much brighter and longer-lasting and the new software includes sorting reject data for the user." 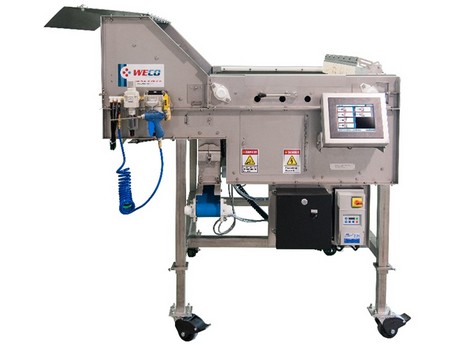 Impulse sorter
Another of the newer models from WECO Sorting is the Impulse sorter, which measures the firmness of the blueberries and removes soft, damaged and over-ripe berries. Horner said the Impulse sorter is a non-camera based technology and is also becoming more important as automation and mechanized harvesting becomes more ubiquitous.

"The Impulse works by every blueberry touching a very sensitive sensor to determine how firm or soft every berry is based on users setting in the software," he explained. "In most cases, you cannot see soft berries and in some cases, not even camera systems can see soft berries, especially if they have been mechanically harvested. The solution - touch every berry. Just like the BerryTek being used in tandem, the Impulse Soft Sorter is also used in tandem by many of our customers to touch two sides of the berry. Impulse Soft Sorter is a very effective technology to ensure our customers are meeting their QC requirements." 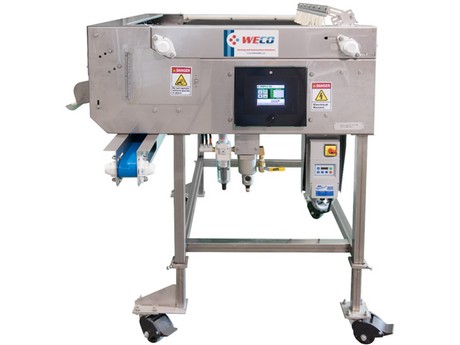 Challenges of the future
With sorting and grading technology needing to evolve more quickly to keep up with other parts of the blueberry industry, the challenge for developers will be to provide balanced solutions. "The challenge is speed vs gentle handling vs price, especially as the volume of berries continues to increase," Horner observed. "The industry needs fast but accurate and gentle sorting options that are also cost-effective."

He added that many of the developments will revolve around things like touch sensors and LED technology. "I see advancements in touch sensors for more accurate soft sorting and also more gentle drops, less rolling of the berries to maintain the bloom. The LED technology is still rapidly changing and some camera technologies that were once too expensive or slow in image processing are dropping in price making them a more attractive option for development."

WECO has blueberry sorters on six continents and continues to expand in all the areas blueberries are grown around the world, according to Horner. The company also has sales and service facilities in North and South America as well as the EU.