"Pear season starts with lower prices than last year, prices up from October"

After a great season for cherries and a busy Prognosfruit week, Belgische Fruitveiling didn't get much of a rest. The top fruit season has been on the go for a few weeks now. "We started the summer apples a few weeks ago. The volumes were limited, but the demand was very good, which meant the prices were at a good level," says Filip Lowette, director of the Belgische Fruitveiling. "This week we sold the first Elstar apples and the sales of the Belgica apple starts next week. We expect less supply of Belgica, however, due to sun burn damage." 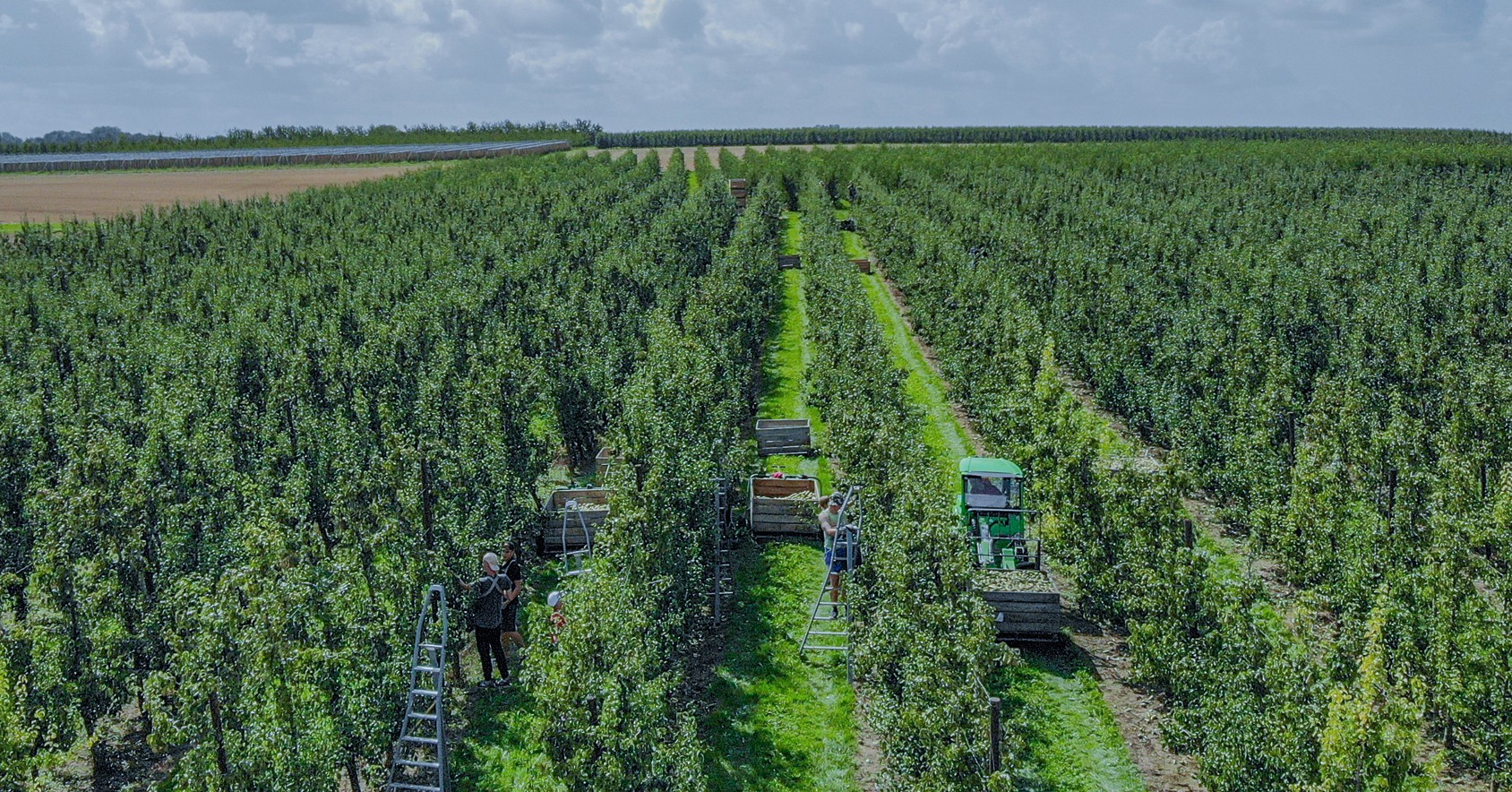 "Although we had good prices for apples during the start of the season, the market now has to stabilise a bit again. There was still some pressure from the old harvest over the last two weeks, both from Belgium and the Netherlands and Poland, but we expect a lot of this to be cleared up by the start of the new industry season. The prices for industry are already at a higher level than last year and due to the lower apple productions, the situation looks a lot better than last year," according to Filip.

Steady supply of Conference
The pear season for Belgische Fruitveiling also started around three weeks ago. "The first Conference pears were sold on August 22. We sold some summer pears including Triumph de Vienne and Flippen the two weeks before that," continues Lowette. "At the moment there is a quieter period in the supply of Conference. Per sales day (Tuesday and Thursday) we sell good volumes of 400,000 to 500,000 kilo. Because everyone is working to get the pears in on time, it is quiet at the moment."

Slow sales
"The quality of the Conference is very good compared to last year. The sizes are a lot better, because the pears had enough water to thicken. However, the total volume is 10 to 20 percent lower than last year," says Filip. "The sale of pears is quite slow at the moment and they are trying to balance the market by places a limited volume on the market. "The Conference prices are more moderate than last year, but from October the prices are expected to pull up. This week the warm weather played a role in export and in many countries there is still a lot of local fruit present."

Despite the slow start the director of Belgische Fruitveiling expects a better price for the pears this year. "We expect to pick significantly less pears in Europe. Italy has less Abade Fetel and in countries where a lot of Doyenne is grown, they are having an off year effect. Of course, we will have to see how it goes, but we go into the new season with optimism," concludes Filip.