Supplies of onions look relatively ample across the country.

“There are plenty of onions in Washington, Idaho, Oregon, Canada and New York. Wisconsin and Michigan will be coming on soon as well and they appear to have good crops. We’re going to have plenty of supplies for the next nine months,” says John Harris of Fort Collins, Co.-based Paradigm Fresh.

It’s a marked difference from last year’s crop. “Last year there were some ill-timed rains and it was chilly,” says Harris. “Wisconsin, New York and Canada all lost a lot of onions because of torrential rains. But it’s been quite the opposite of that this year. It’s been dry and good onion weather so everybody’s got a good crop. All signs point to there being plenty of supplies.” 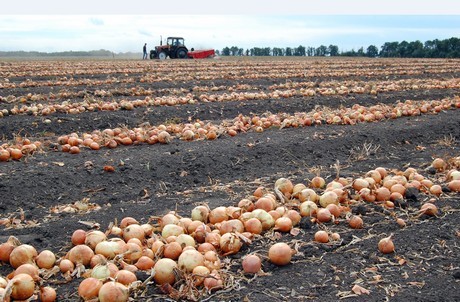 Little crossover
While the season generally seems to be running on time across the country, some supplies are still hailing from New Mexico, which is running later than usual, and a bit from California. “California has a smattering of offerings but they had a poor crop this year. Most of the California onions are staying close to home,” says Harris.

Meanwhile, demand has started to move again for onions. “Demand is as per usual for this time of year. It seems like the second or third week of August, things get lacklustre in terms of daily average movement,” says Harris. “I actually think the movement is the same but there are so many more places that are running right now that it’s spread out all over the place.”

Altogether, the market on white onions is relatively average at $10-$12, which is a typical price for this time of year. “There seem to be a lot of jumbo reds around and those are $4-$5, which is also pretty typical, possibly a bit low,” says Harris. “And yellows, mediums are in pretty good supply and mostly at $5 and jumbos are plentiful and mostly at $7.” Overall, Harris adds that there seem to be fewer colossals and super-sized onions available.