Joolies, California’s newest organic medjool date company, announced that they are the most recent addition to a group of 40 brands to receive the Glyphosate Residue Free Certification by The Detox Project and the first farm to have its harvest certified. This award acknowledges that neither Joolies’ 500-acre date palm ranch, nor its products contain glyphosate.

The company says that concerns about glyphosate on food has been a hot topic in the United States recently, with California legislators adding it to the Prop 65 list in July 2019. When Joolies began farming nearly two decades ago, their founders decided to refuse the use of pesticides, herbicides, or fungicides from early on.

David Kohl, Co-Founder of Joolies and owner of Kohl Family Farm, insists that Glyphosate Residue Free certification is imperative. “We want our dates to be free of all chemicals. Zero is the only acceptable number for feeding our families.” 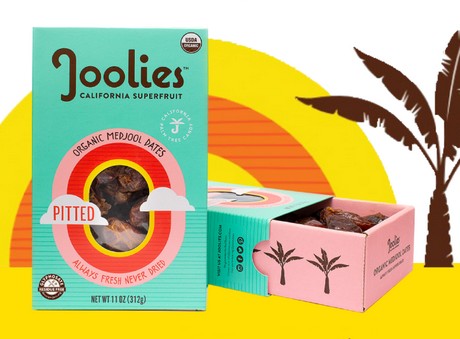 According to the Detox Project, because it is difficult for consumers to know the extent of pesticide use in any given product, it aims to play an important role in researching and certifying which foods are free of glyphosate residues. “It is very exciting that some farms are now certifying their harvests,” says Henry Rowlands, Founder of The Detox Project, “and Joolies is indeed the first. There were some ingredients suppliers, however you are the first farm producer to certify”.

“Joolies is extremely proud to have received the Glyphosate Residue Free Certification,” added Kohl. “We stand strongly behind The Detox Project’s mission to encourage transparency in the food and beverage industry, and we hope that this high standard will someday soon become the new normal.” Joolies has been working on packaging updates, which will showcase the The Detox Project’s Glyphosate Residue Free seal on the front of pack, as well as a mention on the side and back of the box.