The stone fruit campaign continues in Aragon, an area that harvests late varieties. "The harvest started in May and June with the Nimba and Red Pacific cherries and we continued with the 4-84 cherry. This is one of the most produced varieties due to its hardiness, high Brix degree, and crunchy texture, which make it one of the most demanded cherries. At the end of June we collected Lapins and Skeena,” stated Javier Train, of Agrotrain.

“Once we finished with the cherry, we continued with nectarines and donut peaches. Their collection and commercialization can extend until the beginning of October when Extremadura and Murcia have already finished. If we have good weather, it will be a very positive period for our region," the manager of the company said. “Avoiding the overlapping of the campaigns of the different producing areas is essential, as it allows each region to exploit its potential without usurping the markets of other regions or crops,” he added. 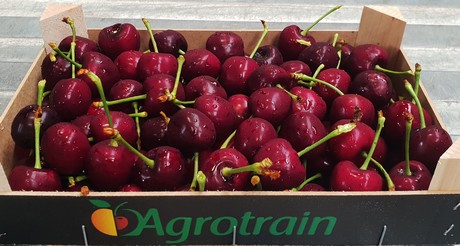 Until a few years ago, consumption stopped in September. Currently, the climatic changes have extended the campaign until October and have created a real demand from consumers when the temperatures continue high. However, there also are risks. If the weather is bad (persistent rains, cold, etc.), part of the fruit ends up in the juice industry. In that case, for example, the prices of white fleshed nectarines stand at around 3 cents per kilo, while production costs stand at 30-35 cents. It’s risky.

In this campaign, France has presented higher volumes and has hardly imported any stone fruit. “The Spanish market has had a tug and has absorbed a lot of fruit that would have gone to France. In addition, exporting stone fruit is not always an advantage: prices are similar to those of the national market but involve more logistics and management, so it's not always profitable. What is a fact is that France privileges the flavor in general and especially in stone fruit. It is a market that demands quality and optimal organoleptic qualities, not like other destinations that accept the fruit collected before its optimum ripening point.”

The donut peach boom has an uncertain future. Its production is still profitable, but it is delicate to predict its evolution. The donut peach is a difficult fruit to collect and classify due to its shape, which makes it more expensive. 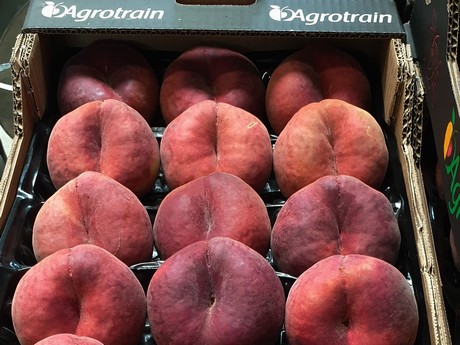 Nectarine demand continues increasing, while the red peach is harder to sell each year. They possibly attract consumers due to their lack of down. Its soft skin is its biggest advantage.

Both the donut peach and the nectarine are in good demand in the national and European markets and are displacing the red peach. Only the yellow peach is still in high demand, especially the DO or PGI such as the Calanda Peach. But they are products that are only consumed in Spain or Italy and with little external projection.

Platerinas have had their boom and now the demand has fallen due to the existing varieties, which are not adequate yet. They are like donut peaches but have no down, something consumers appreciate. In addition, it has a perfect closure so it's not affected by the Monilia fungus and the handling and transport are less delicate. 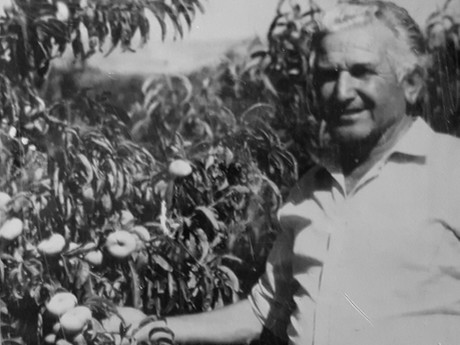 The first donut peaches from Aragon, Jose Antonio Train in 1982

Jose Antonio Train, the founder of the company in 1978, was one of the first producers to cultivate donut peaches in Aragon. During a visit to Mercamadrid he noticed there was a gap in the market and that cultivating in Aragon would extend the campaign that ends in Murcia in July. 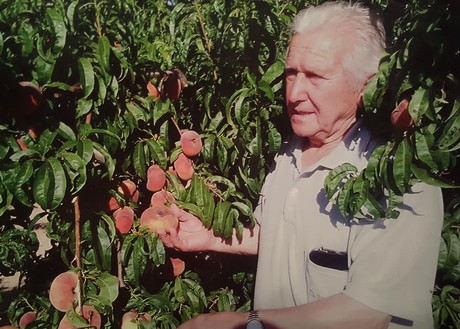 Currently, the third generation of the family works in the company, which has 220 hectares of stone fruit. The donut peach is still the company's star product.