Early yields on Prince Edward Island, Canada potatoes aren’t looking strong, though recent bouts of rain may help that turn that around.

“We have a fairly limited early market. It’s much less than what it used to be 10-15 years ago,” says Dwayne Coffin of Vanco Farms in Mount Albion, PEI, noting it ships some organic potatoes and specialty small potatoes this early. “They are harvesting but only for orders. Nobody’s storing potatoes yet. Typically we start the 12th of September and most growers start from the 15-20 of September depending on the varieties they’re growing.”

While most of August went rain free in the Eastern Canadian province, late August weather activities changed that. “We went the first 26 days of August with 10 ml. of rain so it was extremely dry,” notes Coffin.

Reds and yellows better
That dryness factored into early disappointing yields on white potatoes. “The yields were down 25-30 percent,” says Coffin. “I think reds and yellows appear to be better and they have a chance of being an average crop. I think overall we’ll have an average crop and supplies will be adequate.” 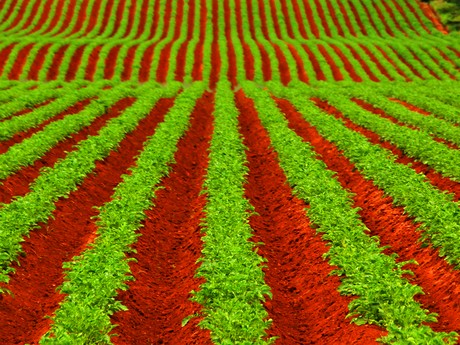 The pressure to harvest is on though given what the province experienced last October. “We left 8,000-9,000 acres of potatoes in the ground due to wet conditions and then frost set in,” says Coffin.
And while demand looks good, he notes that on the Russet side for potato processing, the pipelines are empty and looking to be refilled with fresh potatoes for the fall/winter season.

Pricing even
All of this leaves pricing good for now. “Pricing is always good in the beginning because there are fewer players with supplies,” says Coffin. “But in a month’s time, Maine, New Brunswick, PEI, Quebec, Ontario are all on. It depends on what kind of yield they’re getting and what storage there is.”

In the end, the later harvest might prove more fruitful. “Any of the early yields have been disappointing but acres grown later in the season, I think they’ll see more average historical numbers based on the weather we’re seeing now,” says Coffin.