Highbush blueberry cultivation expanded to about 3,000 ha in 2018 in Huelva province (southwestern Spain), which makes blueberries one of the most important crops in the region. 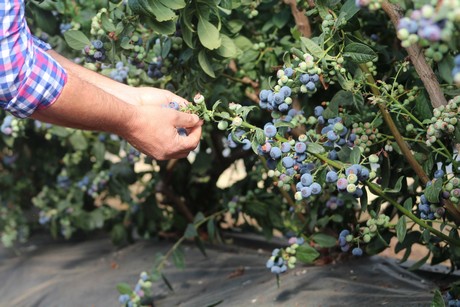 In August 2017, 89 affected highbush blueberry plants (cultivars ‘Ventura’ and ‘Star’) were sampled in a farm near Gibraleón (Huelva, Spain). Bushes showed red-brown canker symptoms, stem dieback, and defoliation, and 30% of the plants were nearly dead. Some of these symptoms in blueberry had been previously attributed in Huelva to Neofusicoccum parvum, N. australe, and Pestalotiopsis clavispora.

"Stem pieces of symptomatic plants were collected and analysed. From genome sequencing and following morphological characterization of pathogen resulted that the causal agent of red-brown canker was Lasiodiplodia theobromae. The pathogem was reisolated from all inoculated stem tissues, fulfilling Koch’s postulates - Scientists of E.T.S.I.A. Universidad de Sevilla (Spain) explain - This pathogen has been previously reported to cause stem blight on blueberry in China and the United States, in 2009 and 2015, respectively. To our knowledge, this is the first report of isolates of L. theobromae causing stem canker and dieback on blueberry bushes in Spain as well as in Europe".