The Greek grape production started slightly later this year, due to weather instability during the summer. Although the season is still looking better than last year, according to one grape exporter it’s still slightly worse than the usual season.

The weather in Greece has finally stabilized, after some issues in previous months. Nick Nafpliotis, managing director of Greek & Fresh, states that the season is better than last year: “Overall grape volumes in Greece are higher than last year, but less than usual. Last season production was about 50 per cent of what’s normally expected. This was due to the unusual combination of hot and rainy weather during July and August, which resulted in these huge losses. This year the weather was quirky earlier, but has been good all over Greece in August.” 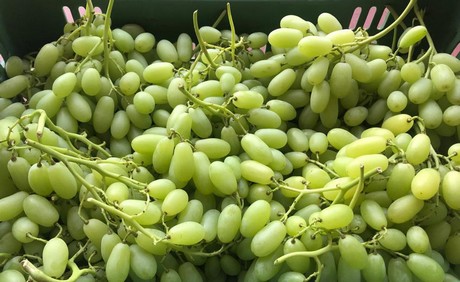 “Creta is the region for early varieties. For Creta the main cultivated variety is Thompson Seedless. April and May brought some weather instability, which impacted the early varieties, Prime and Superior Seedless. The quality for the Thompson seedless is excellent and prices are a bit better than they were last year,” Nafpliotis said. “The European market is currently very slow compared to previous years. Improvement is expected after mid-September.

Kavala is a region that deals in later varieties. “Kavala is the main production area for seeded grapes, like Victoria, Italia, Black Magic and Red Globe. The Victoria season is finishing in ten days, and it’s been average. Quantities were slightly lower than last year and demand was mediocre. Quality was on par, but prices were slightly higher than last year. The Black Magic grapes stared out well, but demand faded in the last three weeks. Italia, Red Globe and Crimson Seedless will start in week 37-38. We expect the same volumes as last year, quality looks very good at the moment. Finally the Thompson Seedless is losing ground in Kavala and is being progressively substituted by new varieties.” 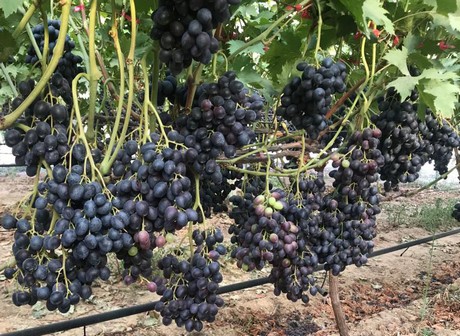 And these new varieties are definitely popping up in large numbers. “Recently there have been a lot of new plantations of the ARRA 15/19/28/32, Sweet Celebration, Jack’s Salute, Sweet Globe and Sugar Crisp,” says Nafpliotis. “This year will be the first to have commercial availability of ARRA 15. All other varieties will start to become commercially available from 2020 onwards.”