At the start of this year, the BanaNatural made some big waves during Fruit Logistica with their banana stand. This stand was created to keep the natural juices inside the fruits both during transport as well as in the supermarkets. Their booth got a lot of traffic and it seemed like this stand had nowhere to go but up.

Since Fruit Logistica, the Bananatural hasn’t been sitting still, says Marilena Papadaki. Although she’s spent the last few months in Greece, the sales manager has been trying to arrange deals for the international markets: “Fruit Logistica was an amazing event for us, we managed to get a lot of good contacts, which was the point of us being there. We found some big potential clients from India, Israel and Mexico who we started to negotiate with. Unfortunately the deal with the Mexican company didn’t pan out, but we’re making progress with the other potential customers.” 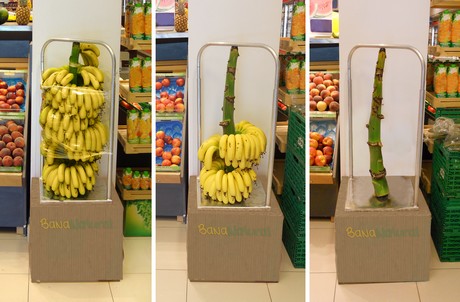 Papadaki did come across some challenges though, as the speed of which things are moving forward can be rather slow. “You won’t believe how long it can take to get communications through. Whether it’s about licensing or getting the details on the patented rights in a specific country, getting things to move along swiftly can be rare. We’re in the works of getting the Bananatural to Israel and India. In these countries we’re getting to a point where trials with the stands are about to started. In India we sent a demo with twelve stands and a wheeled wagon, we’re also sending people over to show the clients the technical side of this stand. They need to know how to use it  throughout the different supply chain stages and what the advantages are.” 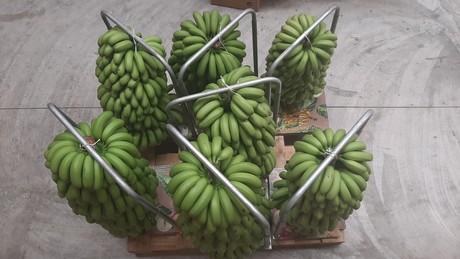 In Israel, the negotiations are in full swing. “We are in the process of reviewing the draft contract with our potential clients. Once finalized, a visit to Israel is to be arranged to organize the trials and further details. It’s all still in the works, but we’re feeling very positive about the potential. Once this has concluded we’ll set our eyes on the United Kingdom, as we feel this could be a very important market for us.” Papadaki explains. 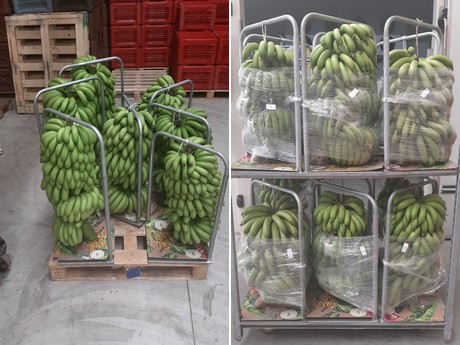 Meanwhile, in Greece the Bananatural is going strong. “We’re using the product every day and we’re still very satisfied with the quality of the Bananatural. As demand in Greece is rising, so is our production and the company is getting bigger and bigger every day. Should some of these deals land on their feet, there’s a good chance we’ll bring the Bananatural to Fruit Logistica in Berlin once again, to introduce it to even more people!” Papadaki concludes.