Volumes are picking up after pricy start

Despite a rocky and early start, the Turkish fig season now seems to be in its element. At first, the volumes just weren’t there to meet the rising demand. Just in time for Asia Fruit Logistica, the volume has started to pick up the past couple of days. Convenient, as one Turkish exporter plans to showcase these figs to visitors in Hong Kong.

Next to cherries and apricots the Bursa Black Fig is also quite important for Turkish exporters. Yigit Gokyigit, who works as a sales and marketing coordinator for Alanar, says the fig season is finally looking better, after having had a bumpy start. “So far we’re having a really good fig season. The season did start a bit early, which meant we had to deal with lower than usual volumes at the beginning. Luckily, since a couple of days the volumes have started increasing to an acceptable amount. This was important as we’re seeing a huge demand from all over the world. We expect to increase our total sales over the season, based on the current interest in our figs. We aim to export 2,000 tons this year.” 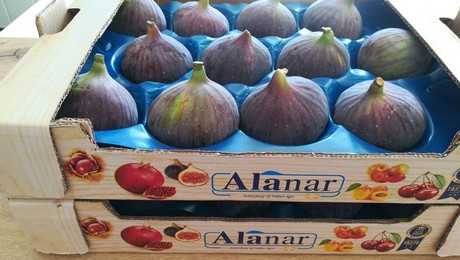 The lower volumes during the early stages of the season had an impact on the prices of the figs, Gokyigit explains. “We started out with really high prices compared to previous years, the lower volumes had a deep effect. The good news is that the price has started dropping this week as the harvest with higher volumes began. It’s hard to tell if the prices will increase again or stay the same.”

In February, Alanar announced a partnership with a Peruvian grower in order to supply figs year round. “We have an ongoing global project. We exported the figs grown in Peru to Canada and Europe. This went well, so Alanar will continue the sales of the Toro Sentado variety Peruvian figs. Its season starts in October, right after Turkish fig season ends. We don’t plan to end things here, as we’re also in contact with growers in various other countries. The plan is to expand our fig season in different locations as part of Alanar’s 365 days fig project.” 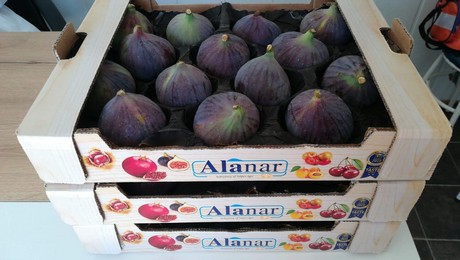 The packaging of Alanar’s figs had to undergo some changes this season, in respect to reducing plastic. According to Gokyigit, this was even a requirement of some of their clients. “This year, some of the supermarkets we supply figs to required us to use paper layer instead of plastic. The change in packaging was new territory for us, but we’re glad to respond to our customers’ demands in this,” he explains.” 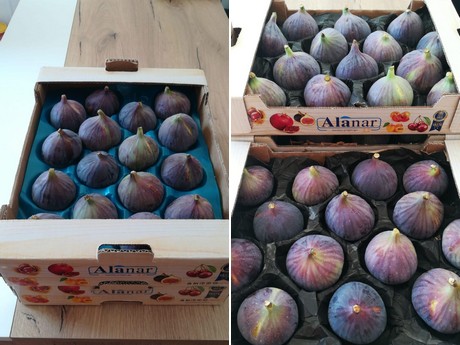 Alanar is getting ready for Asia Fruit Logistica in Hong Kong. Although there was some uncertainty about the timing of the exhibition, Gokyigit does not feel it will have a large impact on the event: “I personally don’t think the current situation in Hong Kong will have an impact on the trade fair. I expect the amount of visitors won’t be lower than usual. We’ll be looking forward to meet them at our booth, in Hall 3, booth K21.” Gokyigit concludes.