“Not just growth in China, but also in other South-East Asian markets”

South African oranges arrived on a full market in China this year, causing pressure on prices. The Egyptian season lasted longer than in previous years, Spanish volumes were high and Australian supply had an overlap with the South African season. Yet Menno van Breemen of Aartsen continues to be positive about the current season: “We’ve seen prices rising in recent weeks, which is positive, although the South African growers expect production will start declining soon, resulting in a shorter season. Looking at just ourselves, we’re growing considerably in volume for oranges in China. This is due to increasing demand in second and third tier cities, where we’re selling more and more, and due to the fact that we continue to expand our strong position on traditional markets.” 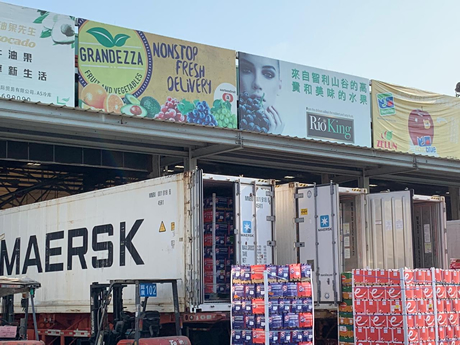 South African containers arriving on the market in Shanghai

The Chinese market is known for its high demands for imported fruit, and according to Menno that can also be seen in the development of the sales price. “Five years ago the difference in sales price between good and poorer quality oranges wasn’t as big as it is now. This is mostly because the Chinese are more and more focused on quality, flavour and appearance. So even if demand is high, quality comes first. When quality isn’t good enough, prices drop considerably or consumers simply just don’t buy it (despite a lack of local production). There’s a market for each origin, but Australia continues to supply the most premium orange, according to consumers.”

Besides oranges, Aartsen also imports grapefruit from South Africa. Regarding this year, Menno says: “Looking at the Chinese market, our volume in grapefruit from South Africa remained stable. At the start of the season, volumes were much higher, putting pressure on the market, but as the season continued, volumes decreased sharply, which is also good for the market. No one wants a repeat of last year, and we’re expecting a strong increase in prices in the coming weeks.” 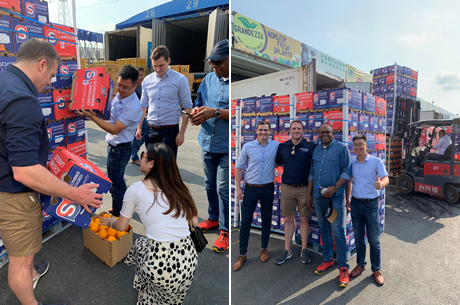 Aartsen isn’t just growing on the Chinese market, but also on other South-east Asian markets. The import from South Africa to South-east Asia has increased considerably for Aartsen compared to last year. Countries such as Malaysia, Indonesia, Taiwan, Cambodia, Myanmar and Singapore import more soft citrus, lemons and oranges (both Valencia and Navels). “This is the result of the work done in recent years to expand these markets and to continue developing them. For example, we have 100+ distribution places on these markets, and as a result, we can conduct business nearly 52 weeks per year. A good year-round distribution from all corners of the world is what gives as such a strong position. You name it, we handle it!”

Aartsen works with various producers in places like Limpopo (eg. Letsitele, Hoedspruit, Groblersdal), although they’re also active in the Eastern and Western Cape. Besides South Africa, they also import from Swaziland and Zimbabwe. “Our philosophy is to be partners with producers from all corners of the world. These are long and stable relationships, and our aim is to grow, every year where possible. Naturally countries sometimes open up with new protocols, resulting in new opportunities. We also participate in various international fairs, such as Asia Fruit Logistica in Hong Kong next month. Fairs like that give us a chance to meet new partners and to continue expanding our network.”