As the countries of origin begin to switch over, soft fruit in North America is seeing temporarily tight supplies though some relief in the short term is anticipated.

Blackberries
Right now blackberries are hailing from largely three areas—North Carolina, California and Mexico. “North Carolina is pretty much all contracted out at this point so there’s nothing for the open market. Pricing has been anywhere from $16-$20 FOB with nothing available,” says Kaz Bhatti of Gold Coast Produce in Chicago, Il.

Out of California, he notes that the big players in the industry have plenty available and are working on deals. “They’ve been anywhere from $14-$16 FOB and if you’re not one of those two major players, it’s $16-$20,” Bhatti says. “Mexico has started as well but not everyone’s going yet. That market is $18-$20 FOB Texas.” 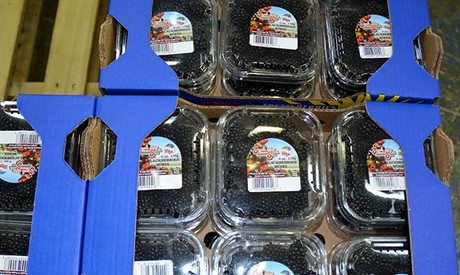 Another region that also has blackberries is British Columbia, Canada. “We have good supply right now. Our main season is basically from mid-August to October. It started on time and they’re from the Fraser Valley,” says Harvey Krause of South Alder Farms in Aldergrove, B.C.
He believes the space between California ending and Mexico starting is opening up a good opportunity for B.C., but it’s unique to 2019. “It seems like we have a good window this year—the demand is a bit higher,” says Krause. “And the pricing is up this year by about 10-20 percent. The market looks fairly strong for the next few weeks.”

California is looking to wrap up supplies in the next two to three weeks, depending on weather.

And in those next few weeks, Mexico will become the primary shipper of blackberries, though Bhatti notes that demand will stay consistent as long as the price comes down as anticipated. “Once you hit the high teens on Mexican blackberries, it usually doesn’t go anywhere else from there. It peaks and falls and it should come back down to $14-$16 Friday or Monday,” says Bhatti.

Raspberries
While Mexico is doing raspberries as well, the market took a turn this week. “There’s nothing available. The market on those was as low as $14-$16 on Monday but now, with nothing available, people are saying $20,” says Bhatti. “It’s hard to figure out sometimes what’s going on with the supply. But I think it’s because California is out now so they don’t have anything because of the lack of supply.”

California is meanwhile pushing to get enough volume on raspberries. “But there’s a shortage,” adds Bhatti. “I was told cool weather was the problem and then hot weather. It wasn’t the right temperature for what they needed.”

Meanwhile Bhatti notes that demand wasn’t as good on raspberries until this week. “That cleaned up a lot of the stuff. But going into the weekend, a few more growers are starting up, so the raspberry market will stay steady in the $18-$22 FOB and the blackberry market should come down,” he says.

Currants/Gooseberries
Also out of the Fraser Valley in B.C. are red currants and gooseberries, which are considered more of a specialty niche crop popular particularly with consumers of European descent. 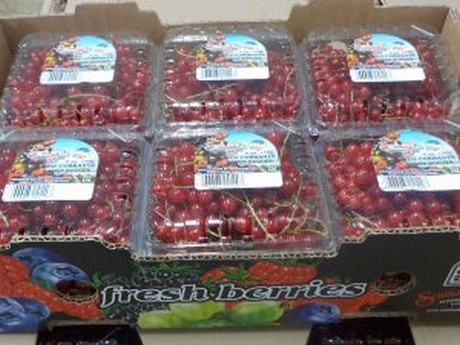 “We just wrapped up with currants and gooseberries about two weeks ago—the season started at the end of June,” says Krause, adding that along with supplying fruit domestically it also exported to Asia.

He notes though that the crops were down somewhat compared to other years. “Most crops are good this year but for some reason, they were a little bit down. But they were still not bad,” says Krause. “I think it was a late winter that led to the crops being down. We finished about the time we expected.” That said, pricing was similar to last year.