Fruit and veg growers running out of time

While weather extremes are taking a heavy toll on the roads, fruit and vegetable growers in the upper parts of Himachal Pradesh are a worried lot as they are unable to transport their produce to the markets on time.

A large number of roads in the state are either blocked or have literally become non-usable following rains, floods and landslides.

Fearing similar weather fluctuations in the coming days that may leave the roads blocked again, most of the apple growers in Kullu are harvesting the crop as early as possible. A large number of link roads of Kullu which connects hundreds of villages and major apple belts with the national highway are very prone to landslides. This has also encouraged some growers to sell both ripe and raw fruits. 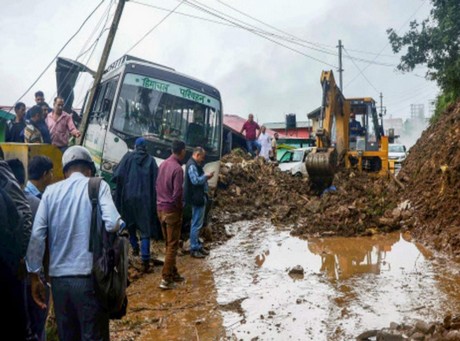 Trucks stranded on Wednesday
In tribal belts of Himachal, almost 50% of vegetable stock has been sold in the markets, but growers are running out of time as the season will last only till October. Hundreds of link roads are getting blocked frequently and thousands of growers in the region are in a fix.

Tonnes of produce remained stuck in villages in the recent days when all the roads were blocked. As some roads are still lying blocked, growers are looking for alternatives.