Plums from California are in good supplies as summer closes down, though it’s expected supplies will build throughout September. “We started at the end of May, probably on the late side of normal. And we’ll be picking into October,” says Jon McClarty of HMC Farms in Kingsburg, Ca. “It’s really been expanded on the late side of the season for availability. While we started a little late, we’re running normal now. For all of the varieties, it seems like we’ve had a bit of compression but picked up a lot of days on the way.”

McClarty says that this year’s crop of plums is average out of California, a state that has the market virtually to itself during the summertime. “Right now we’re packing Red Yummy, a really nice red plum with high sugar. And Black Majesty is a black variety that we’re also packing which also has high sugar,” says McClarty. 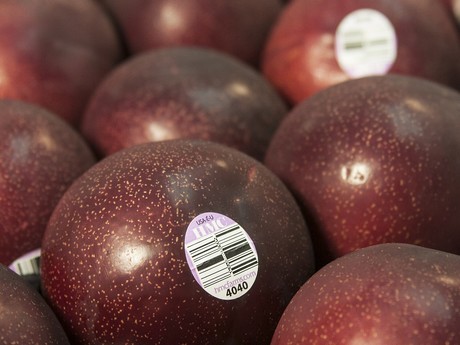 Better flavor and more sugar
As a category, plums have seen some development in varieties recently. “It’s been happening over the past five years but I’m starting to see it more and more that people are really searching for better varietals,” says McClarty. “It’s starting to exit that whole commodity mentality. The genetics around some of the new varieties, what you deliver to consumers whether it’s better flavor or higher sugar, is much more prominent and finally being recognized. There’s still a lot of the old standby variety that can be good if they’re farmed correctly. But we’re seeing an uptick in demand for these newer varieties.”

While demand at the beginning of the season largely exceeded supply, July is the biggest month for both demand and supply of plums. “It has backed off a bit in August but it will go back up in September,” says McClarty. McClarty also characterizes pricing as good more recently, though notes that in May and June, pricing was good as expected but July pricing was fair.