Two weeks before the start of the campaign of the Protected Designation of Origin (PDO) Melocotón de Calanda (Peaches of Calanda), the prospects are good, reports the president of the PDO. “The campaign usually starts between September 1 and 10 and ends in early November. We'll likely have good volumes this season. In Bajo Aragón, a total of between 20 and 30 million kilos are produced, but only between 3 and 5.5 million obtain the PDO seal. The most demanded varieties are the Jesca, Calante and Evaisa. 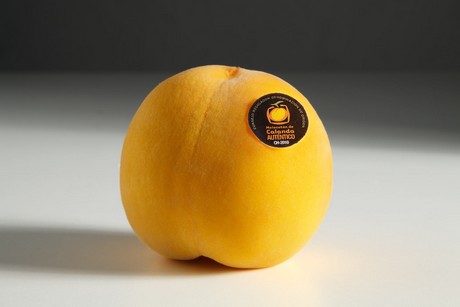 Aragón is Spain's second largest peach and nectarine producing region, and it has the only Spanish PDO: Melocotón de Calanda. This designation is granted only to the traditional native varieties of the historical Bajo Aragon region. The fruit must meet strict quality requirements: yellow flesh, produced in the area, with a minimum hardness of 3 kg / 0.5 cm2, 12 Brix degrees and a minimum caliber of 73 millimeters. Only 20% of the total volume manages to meet these demanding requirements. 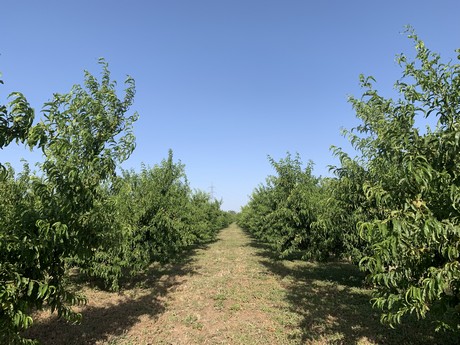 “The success of the campaigns is closely linked to the weather: frost, hail and harvesting problems caused by heavy rains lasting for several days will reduce the volumes. Crossings with native varieties are currently being carried out in order to obtain varieties that can make it possible to start the season earlier,” says Samuel Sancho.

The organic production of peaches of Calanda started 4 or 5 years ago and, according to Samuel Sancho, there is a demand for them. "If the tests are successful, their cultivation will surely expand. However, although this peach has the peculiarity of being grown with bagging for 2 months in the tree, and does consequently not come into contact with insecticides or pesticides, its organic cultivation is challenging." 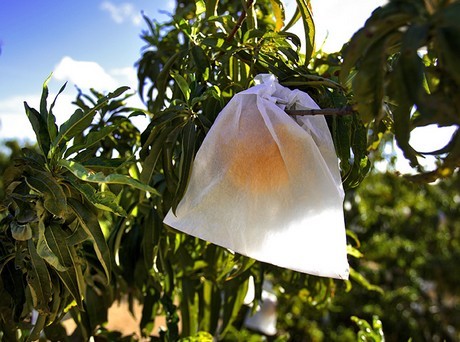 Peaches protected with the bagging technique

“The farms need to undergo a conversion process lasting between 4 and 5 years in order to reach a zero waste status. It is a difficult and long production process and the profitability is yet to be determined,” says Samuel Sancho

"The PDO seal acts as a brand and is a guarantee of quality, thereby ensuring a stable and favorable price. Until recently, it was just a traditional product for domestic consumption, but there is now a growing international demand. Overseas, the best-selling one is the red peach. Now the yellow one is increasingly demanded because of its aroma, sweetness, size and texture. There are already stable partnerships for their export to Germany and Switzerland, and they are also shipped to Portugal and Italy," says Samuel Sancho.

Even if exports increase, it is a delicate product, so using adequate transport is crucial. "It must be harvested at the optimum moment of maturity and Brix, and the cold chain cannot be broken. There is great interest on the part of the Asian market, which is demanding some shipments. But those are only possible by plane: from the moment the fruit is harvested until it is consumed, no more than between 5 and 7 days must pass. A misstep in the handling will make the fruit unfit for consumption," says Samuel Sancho. 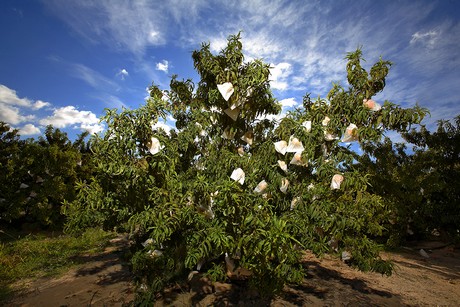 “We have successfully made shipments to Hong Kong, but sometimes, a logistical failure spoils the product. There is a great demand from the Asian market, but the logistics and transportation are often not ready to work in these conditions,” says Samuel Sancho.

The industry also seeks gourmet alternatives, such as jams, drinks, etc. The production regulations are demanding, but there is market potential.