The weather in Poland has had a negative impact on a variety of fruits and vegetables. The same goes for blueberries, but the season has recovered remarkably. Harvest has started and currently the weather is playing nice.

Anna Litwin is the CEO for Polish exporter BlueHaskap. The company deals mostly in haskap berries, but also trades in a variety of soft fruit, like blueberries. The harvest has started and everything is looking good so far. “The blueberries season is going quite well for now. The weather during the harvest time is really good in the Central of Poland and the quality of the fruits is very good, it’s even suitable for being transported long distances in Europe.” Litwin says. 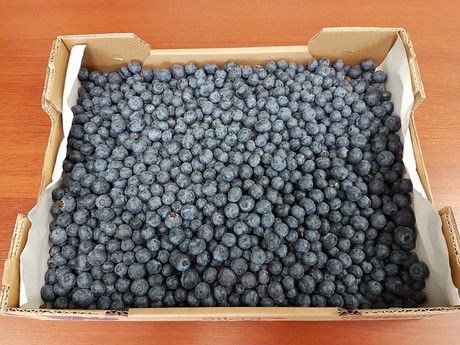 However the weather hasn’t been this good for the entire season. A heatwave and serious frost plagued Poland a couple of months ago. “The current weather is definitely an improvement compared to what we had a few months ago. The weather during the Spring was not favorable for any of the fruit or vegetables. February, March and April were very dry. We had almost three months without rain; followed up by some very serious frost in mid-April and at the beginning of May and finally some hailstorms in June and July. It can be seen clearly in the apple crops –around 40% less apples will be harvested compared to last season. With blueberries it’s a similar situation, but every year we have a new plantations so the average isn’t as bad as with apples.” 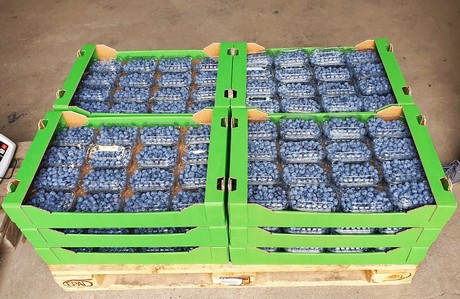 According to Litwin, the demand for Polish blueberries is quite high. “We have inquiries from various European countries, as well as a few from the Middle East. If we would go forward on all inquiries then we would export 400-500 tons. Naturally we did less than that, but not because we didn’t have the potential to actually harvest this amount. We expect to harvest around 600 tons this year and 900 tons next season. However we select our recipients very carefully. Working with soft fruits you have to be sure about the fruit quality, but also about the customer being reliable and honest.” 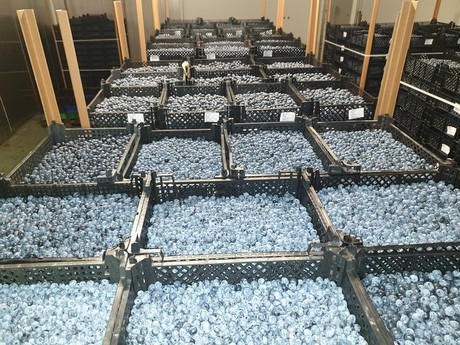 It’s been a major challenge to protect the soft fruit in Poland from the various weather conditions. It’s a very difficult and costly problem to tackle, but Litwin agrees more protections must be constructed. “However another huge problem is the lack of workers for manual harvesting. This was an issue for a lot of fruit and vegetable growers last year, and this hasn’t changed. In order to send our blueberries to their destinations in Germany and Scandinavia, the fruits have to be picked. This is a challenge that has to be addressed as soon as possible.”