Harvest has kicked off for the 2019 SweeTango® apple crop. Orchards are located in Washington, Minnesota, Wisconsin, Michigan, New York, and Nova Scotia, Canada, and harvest timing varies by region, beginning in the Western U.S. and concluding a few weeks later in Nova Scotia. This year’s harvest began late last week in the West and will kick off the first of September for both the East and Midwest Regions. Growers are reporting that the overall crop volume is looking to be higher than last year and that fruit quality this season is exceptional with minimal russeting. 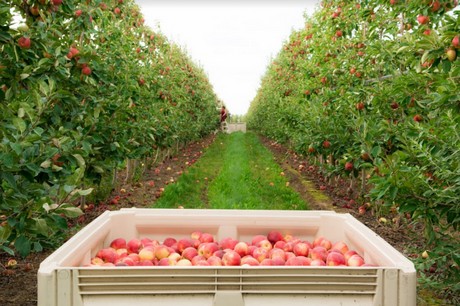 Rod Farrow, co-owner of Fish Creek Orchards in New York assesses this year’s crop in the Northeastern U.S. as being “really top-notch.” While bloom was roughly two weeks later than normal, growing conditions were otherwise ideal with plenty of heat and moisture over the summer growing season. “We’ve had some good SweeTango crops over the past few seasons, but this one is turning out to be pretty special,” he said.

At Two of Clubs Orchards in New York, co-owner Mark Russell said that this year’s harvest will yield larger sizes. Harvest will begin in a matter of weeks in Rochester, and he noted that “the red color just started coming on, and my crew is rubbing their hands together waiting to get in there and start picking because, you know, that means we'll all be able to start eating them. But I will make them wait until that blow-you-away flavor kicks in.”

Reporting from the Midwest Region, Scott Swindeman, owner of Applewood Fresh Growers, noted that while harvest this year for the region is kicking off a few days later than usual, “a great apple is worth waiting for.” 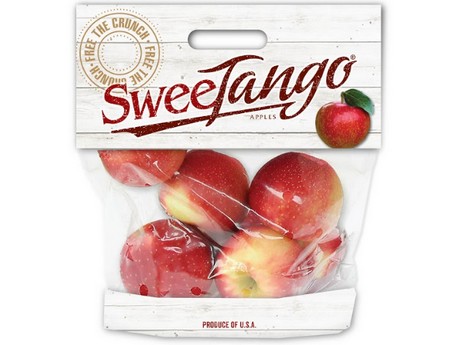 Jennifer Parkhill, executive director of the Next Big Thing grower cooperative that manages SweeTango, predicts another season of successful SweeTango sales. “The orchards have ripened well and the harvest is now underway. This early season apple is one of the most flavorful and stunning varieties. The new crop will be on retail shelves shortly, and consumers can look for large attractive fruit on display or smaller fruit for school lunches.”

Immediately after harvest, SweeTango apples are cooled to 60 degrees Fahrenheit. After conditioning, the apples will be ready to ship, and SweeTango season kicks off for consumers as the apples reach markets near Labor Day.