The Conference harvest started this week, but the harvest of the red-blushed QTee pear was finished early last week. “This year, we picked 3,200 tonnes of QTee, while last year we picked 3,500 tonnes. We have a bit less this year, and the pears are Class II more often as well, as a result of frost in some fields. However, sizes are much better this year. Last year we had a lot of small pears, but this year sizes are very good,” says Kris Wouters of Woutersfruit. 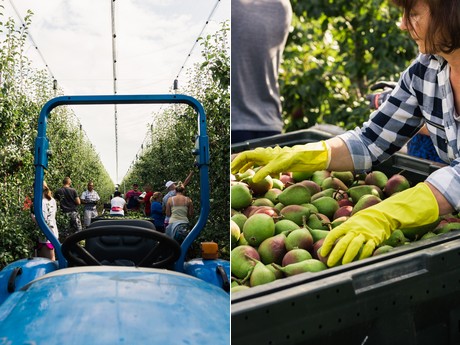 Low Forelle stocks
“Last year we were stressed due to the high volume and small sizes, but we found a good market for these pears: the Middle East. This year, we’re stressed because volumes are slightly smaller and demand is incredibly high. Prices are currently much higher than last year. This is caused by the low volumes of South African Forelle on the market,” Kris continues. “The smaller sizes are expected to be shipped to the Middle East again, while the larger sizes stay closer to home. These will end up in supermarkets in Belgium, Germany, the UK and the Netherlands.” 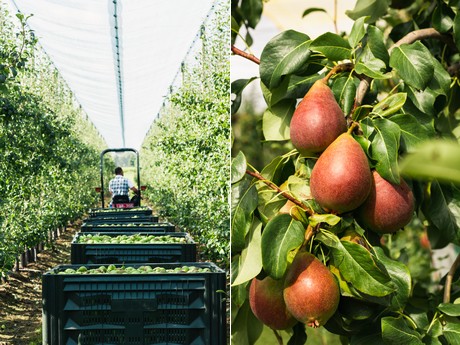 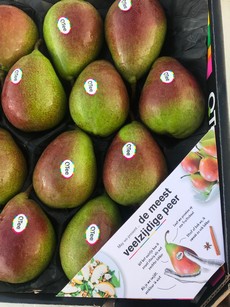 Wouters was also affected by the heatwave in July. “About half the QTee pears are grown under hail nets, and these don’t have hail and sunburn damages. However, nearly 20 per cent was damaged in the other fields, although generally, it’s not too bad. Yet after this year, we can conclude that growing club varieties without hail nets and water is becoming practically impossible. We have agreements with supermarkets, and regarding the climate change we’ve been dealing with in recent years, it’s become wiser to invest in means to protect production to meet these agreements,” Kris concludes.