Following a 2017/2018 year which ended early due to a lack of supply, the 2018/2019 season has been the opposite for the South Tyrolean Consortium. An extremely challenging year saw prices collapse in autumn after a very plentiful European harvest. “If forecasts for 2019 are confirmed and a reduction of 40% of Poland’s production materializes we will return to a year of stability,” comments CEO of VOG Gerhard Dichgans. “The new harvest in South Tyrol promises to be of good quality, with volumes in line with the past season, albeit - unfortunately - with smaller sizes. 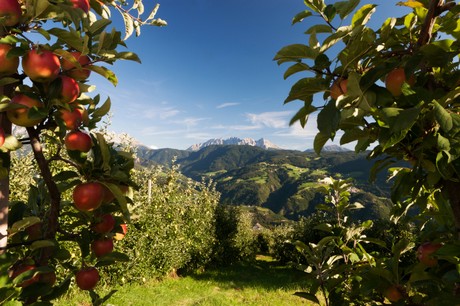 This year, estimates of the European harvest - presented at the start of August at Prognosfruit in Belgium - show a reverse in the initial data from last year’s season. With an estimated harvest of 10.5 million tons, there is a 2.7 million tons drop (equal to -20%) compared to 2018’s harvest. This is mainly down to the very scarce crop in Poland, which was hit by heavy frost during apple tree flowering. Forecasts in the production zones of France, Spain and Italy show an increased but still average harvest, although with small to medium sizes. Finally, in Germany the estimate of a 15% fall following an exceptional harvest year, even in private gardens, is no surprise.

If forecasts are confirmed, the autumn apple market should see stability return. CEO Gerhard Dichgans is optimistic: “10.5 million tons in Europe have always represented something of a dividing line, and suggest that apple supplies are returning to levels of consumer demand. Unfortunately, calibers are lower than average as a direct result of an overly cold spring followed by prolonged drought and heat over the summer. Therefore, there will be a lack of larger sizes with an abundance of small to medium sizes. This will be apparent early on in the market, and we will see a very wide price range between individual sizes. Some doubts remain,” the CEO continues, “on the true size of the crop in Poland which, on its own, accounts for almost 25% of the European total. However, advance prices already starting to rise for apples to be used in manufacturing is an early sign that something serious has taken place.”

For its member cooperatives, the VOG Consortium is forecasting a table apple harvest of 525,000 tons, - practically the same amount of apples as 2018, but significantly less than the record year of 2016, when over 600,000 tons of table apples were harvested.

The Gala harvest began with a slight delay of 5 to 7 days, as it came right after the mid-August holiday. The fruits on the plant appear to be of good quality and not overly mature; the cooler days in the first week of August were of marked benefit for coloration, which is excellent in the case of the new clones. Fruit growth slowed during the hot weeks in July and sees a return to levels of the 2017 year, characterized by small sizes. 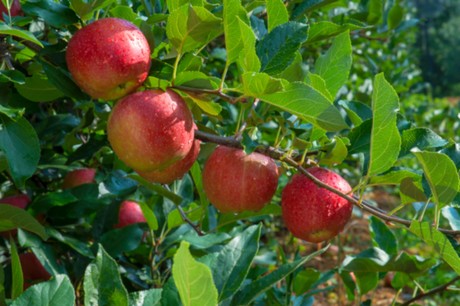 “If we look at estimates by variety,” says Dichgans, “Gala is the top variety in terms of volume, with a forecast of 125,000 tons, up 15% on the last season where we lost significant volumes as a result of hailstorms.” Golden Delicious is down again, showing a drop of more than -10% at 105,000 tons. Red Delicious, Braeburn and Granny Smith are close to last season’s volumes. And finally Fuji is back to a good yield - after a season of alternate bearing - showing an increase of +30%.”

Prospects for the Club apples are good, with an increase for Pink Lady®, and Kanzi® and a major surge for the still young envyTM, which increases 30% to almost 3,800 tons thanks to the orchards planted in previous years.

The harvest of organic apples is on the rise, estimated at 25,000 tons, due partly to new producers who have completed the three-year conversion period. Among the flagship organic varieties, Royal Gala, Braeburn, Pinova/Evelina® and Cripps Pink/Pink Lady® stand out. Looking ahead, a further 300 hectares should be added to the current 650 hectares under organic production, to reach a total of approx. 1,000 hectares within 3 years. This underlines the importance of developing organic and biodynamic production to the business strategy of the Consortium.

“A sore point as the new campaign begins will be stocks of Italian Golden from the previous harvest, which are still significant, overlapping with the upcoming new harvest of fresh apples,” Dichgans comments. “There is already demand for new season Gala apples and I foresee a lively start to the commercial season. On the other hand, a below average European harvest guarantees a balance between supply and demand and gives hope to our producers who expect a return to profitability. With the harvest having started now, the next 15 weeks will be crucial: respect for harvesting timeframes for each variety and microclimate will be key to success - and to bringing into cold storage a product at the right stage of ripeness and with good shelf life. Our producers are fully aware of this. “I am convinced,” the CEO concludes, “that the new season can develop positively and cancel out the disappointing results of the last year.”