De Keur looks to the East with bi-coloured apples 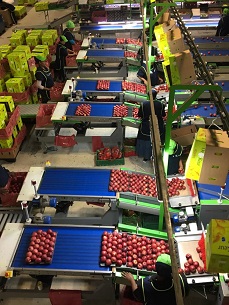 De Keur is a well-established producer-exporter in the Western Cape that will this year, for the first time, exhibit at the South African pavilion at Asia Fruit Logistica.

The company has five production units spread over two regions, where apples, pears, nectarines and onions are grown. Recently they have also diversified their portfolio with blueberries and cherries.

They own their own packhouse in Ceres where they pack their apples, pears and nectarines, while onions are packed in a dedicated onion packhouse.

De Keur Marketing is responsible for the export and domestic marketing of their topfruit, nectarines and onions. “Asia is an important market in our marketing basket for various reasons, namely our varieties are suited to the Asian market and there has been a lot of growth in the market over the past few years, while the traditional market of Europe is becoming an increasingly difficult market for apples and pears,” says Cathrine Smuts, De Keur’s marketing manager, who has frequently attended Asia Fruit Logistica during previous years. 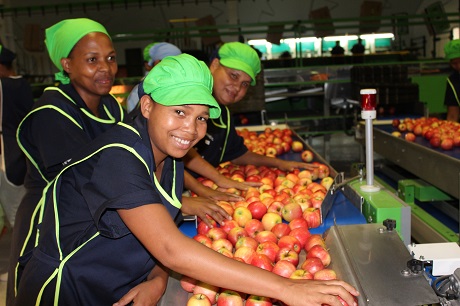 Bi-coloured apples like Royal Beaut, Rosy Glow and Pink Lady do exceptionally well in their orchards in the Koue Bokkeveld, near Ceres, because of its cold winters (they regularly receive snow) and mild summer temperatures. She notes that the current apple season has had its challenges in terms of quality, but in terms of size distribution it has been an improvement on the previous two seasons when the Western Cape experienced drought.

The apple harvest has long ended but packing from CA rooms will continue until December.

They are currently servicing markets in Malaysia, Indonesia, Singapore, Vietnam and Hong Kong with apples and pears, while their stonefruit, which represents a much smaller proportion of their output, goes primarily to the United Kingdom.

“So far we haven’t shipped apples to China but we have registered orchards for the 2020 season. China is a complex market but it’s one that pays good prices for high quality product, so the coming season is going to be a good learning curve for us.”

De Keur onions are exclusively marketed within South Africa, while the cherries and blueberries they produce go to external marketers.

The water situation in the Western Cape has shown a marked improvement due to improved rainfall, which bodes well for the coming season.

De Keur Marketing will be at the South African Pavilion Hall 5 E02.