Miguel Guerra: "The demand for sweet potatoes is greater than the supply"

Spain: "In five years, we have doubled the production of sweet potatoes"

The demand for sweet potatoes has grown a lot in recent years; so much so, that in Europe it is now greater than the supply. “In the past, warehouses had sweet potatoes available all year round, since sweet potatoes tended to be consumed during the fall and winter months. Now, they are consumed all year round and cooked in multiple manners. They are used as an ingredient in baked meals, for the preparation of sweet potato chips or even as a replacement of potatoes in the infant food industry,” explains sweet potato plant producer Miguel Guerra. 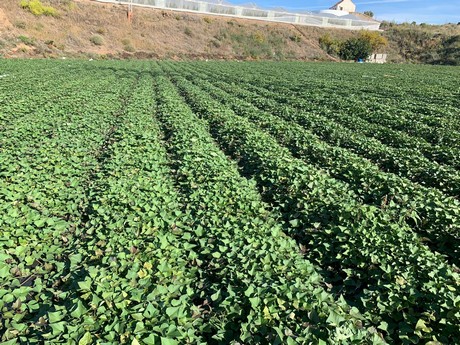 According to the producer, “there is a shortage of sweet potatoes at almost any time of the campaign. Proof of this is that Spanish growers are starting increasingly earlier with the harvest, which this year has kicked off in early August, when it usually begins in September. Also, the sale of plants used to take place in April, and now we have plants for sale in early March.” 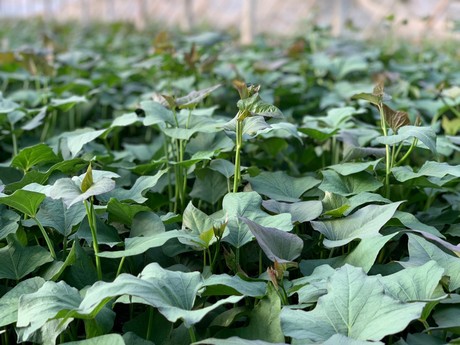 Founded in Malaga 65 years ago, Plantas de Boniatos Miguel Guerra is one of the two large nurseries devoted to the production of sweet potato plants in Spain. In just 5 years, they have doubled their acreage and they currently already have more than 10 hectares of greenhouse space, from which around 15 million sweet potato plants are shipped each year.

“Before this sweet potato boom, Spanish exporters sold 80% of their sweet potatoes in the domestic market, but now the European export markets are the ones absorbing this share. We export our plants to countries such as France, the Netherlands, Belgium, Greece or Germany, among others. Our regular customers are expanding their plantations every year, so around 75% of our production is already reserved for them from one year to the next.”

The most planted sweet potato variety is the Beauregard, while other more traditional varieties, such as the California, are disappearing.

"Moreover, we are working with virus-free plants, to ensure that the yields are greater and that malformations in the sweet potatoes are prevented, thus facilitating the growth of a higher quality production," concludes Miguel Guerra.