"One of the best trade shows for the pear industry"

"Asia Fruit Logistica is one of the best trade shows for the pear industry," he said. "The timing fits perfectly with the start of the USA Pear season in early September. The growth of the show has also attracted buyers from outside of the Asian region which has only enhanced the importance of the show for the USA Pears shippers who are attending the show." 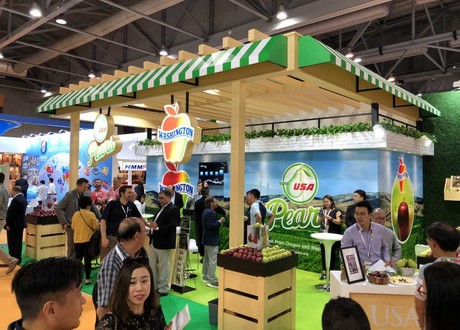 Sampling and crop forecast information
USA Pears will be sharing a booth with Washington Apples at the trade show. There will be samples as well as crop information for the upcoming season. In addition, the two organizations have arranged for their booth to be a welcoming location for all those wishing to engage in discussion with industry colleagues.

"At the booth, we will be sampling ripened Bartletts and Starkrimsons," Correa shared. "We will also have general information about the current USA Pear crop and the outlook for the upcoming season. The joint USA Pear – Washington Apple booth will also be the meeting point for most of the industry members in attendance with two private meeting rooms and additional meeting space in the booth." 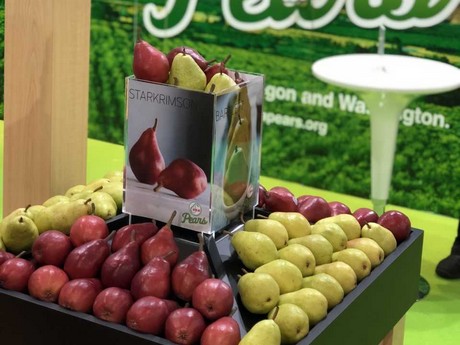 Focus on the wider region
There are numerous markets in the Asian region that are strong consumers of pears from the United States, which is important given the current trade situation with China. Correa noted that although competition in the region has increased, it is still an important market for USA pear exports.

"India is the top export market in the region followed by Taiwan and New Zealand," he said. "China used to be the top market in the region, but the recent trade disputes and retaliatory tariffs have severely impacted the market potential for USA Pears. We will use the time at the booth to touch base with the key importers and retailers in the region and to set up the marketing plans for the upcoming season."