Stop your bananas from going brown with this money-saving hack

Nobody likes wasting food - it's bad for our purses and the planet - but we are all guilty of getting over-excited at the shop. Freezer food is perfect for this but it doesn't take long until fruit and vegetables start to go off - quicker than we can find a healthy recipe to use them in.

Bananas are notorious for this - becoming brown on the outside, while inside it begins to turn into something that resembles baby food.

A woman posted a photo of the tip on the Reduce Your Supermarket Spend's Facebook page, which shares supermarket shopping tips, budget recipe ideas and food hacks, reports the Manchester. 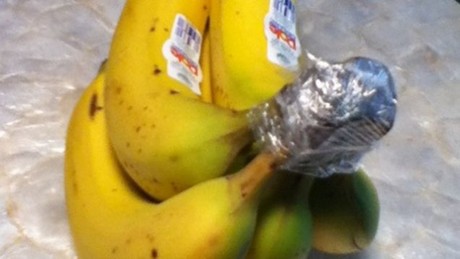 How it works
The photo showed two bananas that had been bought at the same time, one had foil around the stem and one did not.

While the banana with no foil had turned brown, the other banana with foil had stayed fresh. Cling film also works for this hack, which is most effective when you separate the bananas, wrapping the stems individually.

The lifehacker website explains the science behind it, saying: "Bananas, like many fruits, release ethylene gas naturally, which controls enzymatic browning and ripening of not just itself, but other fruits nearby."

"Much of that off-gassing takes place at the stem - or the crown - of the banana. By wrapping the crown of a bunch, you slow down the ripening process a bit. For the best effect, separate the bananas and wrap them individually."