Cherry season wraps up in Oregon

Oregon's cherry season is now all but over. Growers are picking and packing the last of the cherries, with the majority of the fruit to be finished by the end of this week. Unfortunately, rain has disrupted the season for some growers, causing an earlier finish and generally lower volumes recorded compared with previous years.

"Our cherry season will be done here by the end of this week," said Ernie Delgado of Hood River Cherry Company. "It wasn't as productive as last season. We lost a bit of the crop due to rain which also resulted in an early finish. We have three orchards east of the Hood River. Our main orchard was affected the most, while the other two suffered only minor losses." 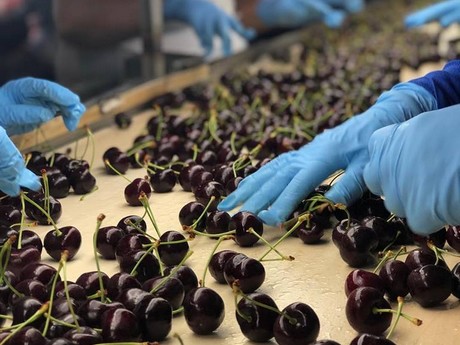 Export market strong
Hood River Cherry Company has 275 acres of cherries which lie in an elevated position to take advantage of a later window in the season. Unfortunately, this season, the domestic market was described by Delgado as not being as good as last year. Things were more positive, however, for the export market.

"Hood River Cherry Company ships to a number of different export markets, especially in the Asia-Pacific region," Delgado shared. "Although the domestic market was lackluster, we did enjoy a great overseas market, particularly in Asia."

He also noted that Japan was a strong consumer of the company's cherries this season, with one factor being the closer ties they enjoy. "Last year, we had customers from Japan visit us. They toured the orchards and the pack house and liked what they saw. This has strengthened our relationship with them." 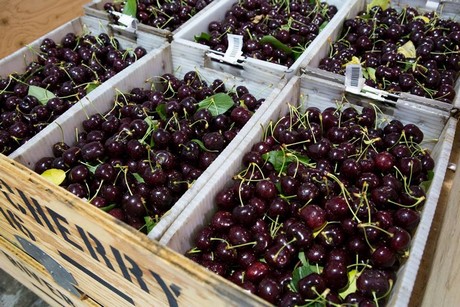 Lapin cherries the signature variety
While Bing might be big in Washington, Oregon growers like Hood River Cherry Company feature Lapin cherries as its main variety. These bloom later in the season and are known for their large size.

"Hood River Cherry Company grows six varieties of cherries, including Bing, Rainier, Lapin, Skeena, Sweetheart and Regina," Delgado said. "Out of these, the Lapins represent the greatest volume. We pack our cherries in standard 10lb boxes."