Ken Martin, a citrus farmer and businessman originally from Southwest Missouri, who spent most of his life in McAllen, TX, passed away on August 7, 2019, at the age of 77 while in Napa, California.

Ken is survived by his wife, Sue; his children, Mike and his wife Anna, and Jeanie and her husband Jeff; his grandchildren, Taylor and wife Sara, Mary Kathryn, Wilson, Mikenley, Maisen, Harden, Gairsen and Natalie; a great granddaughter, Aubrey; and siblings Freddie, LaVena, and Robert and his wife Tina.

Ken Martin was born in Southwest Missouri and grew up on his family’s dairy farm. Ken went to Southwest Baptist College, then later to Dallas Mortuary College. He became a funeral director and mortician in Fulton, Missouri, where he met his future wife, Sue Ware. Ken & Sue were asked by her father to move to South Texas to care for citrus orchards he had purchased. This was the beginnings of the family’s venture into the citrus business. They moved to the Rio Grande Valley with their two young children in April of 1970. 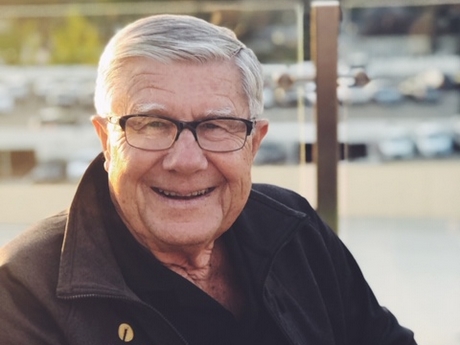 In Texas, Ken managed the groves, drove the tractors, irrigated the soil, and the small company yielded 17 loads of citrus in its first year. Fast forward 40 years and Ken Martin ran one of the largest and most successful citrus and onion farming and packaging companies in Texas, shipping produce around the world. Ken was an early proponent of the famous Rio Star Grapefruit that many Texans have come to know and love. The family business also grew into a leader in the onion industry with much of its production coming from their farms in Texas. He served on countless industry committees and boards throughout his career.

The Martin family sold their citrus company in 2012 and purchased a vineyard in Napa, CA for what would be known as Italics Winegrowers in 2014. Italics is a project that truly highlighted Ken’s passion for agriculture and keen eye for cutting edge farming and production. Although Ken spent most of his life farming in Texas, he truly loved nothing more than enjoying wine with family in beautiful Napa Valley. Ken spent his last days tasting wine, enjoying his time with his grandchildren, and preparing for another harvest season - the things he loved most.

Ken was a beloved husband, a kind father, a loving grandfather and great grandfather who knew how to live his life to the absolute fullest. Ken will be deeply missed by his family, his friends, and all who had the opportunity to know him.

A memorial service is scheduled for 2:00 p.m. on August 20 at the First United Methodist Church, 4200 North McColl Road in McAllen, TX. In lieu of flowers please consider donating to Saving Hope Animal Rescue (www.saving-hope.org) or the American Heart Association  (www.heart.org).