Ever since the Fuji apple was bred in 1939 in Japan there has been an ongoing search for better coloured red fruit. Over the years many mutations have been found all over the world.

The assumption that redder is better is also true for Fujis. All the better-coloured mutations of this variety planted in South Africa had their origins in other parts of the world. 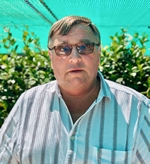 This was until in that miracle year of 2011 when both farmer Robert Zulch of Wakkerstroom in the Witzenberg Valley of Ceres and Buks Nel of Tru-Cape Fruit Marketing found two full-red mutations. Zulch found his in a Fuji orchard on his farm and Nel found his mutation on a farm in the Elgin area. They both applied for Plant Breeder’s Rights (PBR) for these two mutations. After the required testing period of at least two years by the Department of Agriculture, both clones were found to be significantly different from any other Fuji clones. This, in itself, qualified them for potential Plant Breeder’s Rights.

Most interestingly it was also found that both these clones did not differ significantly from each other. It was then recommended that the PBR application should be applied for under one name only i.e. Fuji Royal. Plant Breeder’s Rights were granted for Fuji Royal in 2018. 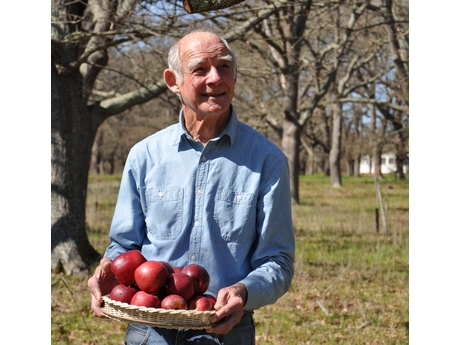 The joint owners of Fuji Royal are Robert Zulch and Tru-Cape Fruit Marketing. First large scale commercial plantings will happen this spring, i.e. 2019. Fuji Royal is similar to the standard Fuji strains we know except for its full, non-striated red fruit colour.

An interesting fact about the two gentlemen who found the Fuji Royal mutation is that they are also responsible for finding the two main improved red Gala strains in our apple industry. Zulch found Royal Beaut in the early 1990s while Nel found Bigbucks in 2011.“Interest in new apple varieties started in 1989 when Buks and I went on an “extensive” European visit to investigate just that”, Zulch says of the early days.

Tru-Cape Fruit Marketing managing director Roelf Pienaar says that the company’s new-varietal development programme, headed by Buks Nel, is one of Tru-Cape’s competitive advantages. “We are proud of the contribution that Robert Zulch, Buks Nel and our other growers have made to secure Tru-Cape as the leading apple and pear exporter.”, he ends.