Banana: “a market strongly disturbed by an insufficient supply”

The demand for bananas on the European market is currently insufficient. “We must keep in mind that it is a product available all year round. There is no particular season per origin but truly a constant supply from each exporting country. This is a peculiarity of the banana market because it is rare for a product to be omnipresent all year round,” explains Thomas Besnard, Opaque Commissionaire Negotiator at ABCD L’Exotique. Despite a low demand in the summer, the boats bring the merchandise 52 weeks per year, and it must be sold. 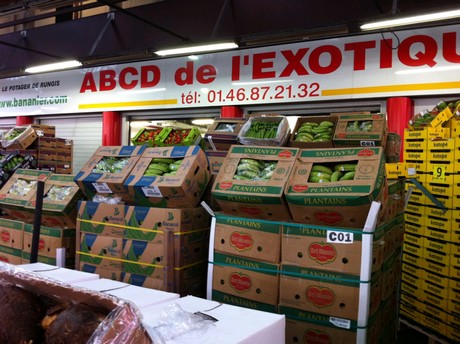 “Banana prices are indeed strongly linked to multiple factors including freight contracts, oil prices and the euro/dollar exchange rate,” explains Thomas. “Additionally, the market can be influenced by other factors (yellow vests, strikes in Costa Rica…) or by the large production of a competing fruit promoted on the shelves of retailers. Dollar prices, petrol rates and freight are factors that we can anticipate to a certain extent, but it is of course not the case for strikes or demonstrations.”

All these factors together make it relatively difficult to assess the banana market. “After only two or three cycles, we can start having a true vision of the market and then draw some conclusions.”

The impact of climate factors on the supply

This year, even though the price per box is better, the imported volumes are lower. This is partly due to weather factors, which delayed the supply. “In South America, there is La Niña, which is again currently turning into El Niño. In Ecuador, for example, yields are lower due to the heavy rains and the low sunshine rate. In Colombia, Costa Rica and the Caribbeans which usually benefit from an extremely hot and dry climate, we have the opposite effect. This gives fruits that are “stressed” due to the lack of irrigation. These constraints are felt throughout the entire value chain, from producer to consumer.”

“The low supply levels have strongly disrupted the market. At the beginning of the year, prices first soared, then stabilized in the spring while prices usually drop right before the summer holidays in Europe, resulting in a lower supply. As a consequence, some buyers who contracted lower prices for this year than for the previous year ended up with few bananas to import because they could not manage to buy the fruits in production at those prices,” explains Thomas.

An increasingly contracted and segmented market

“Generally speaking, there is a huge amount of contracts. For a few years now, we have seen the rise of a new phenomenon: segmentation. We used to work with packages of a standard format, but today, we are turning more and more to packages dedicated to a distributor brand. For the communities, we will favor fair trade and organic products. The brands are promoting plastic-free packaging more and more, in order to make banana sales more appealing and environmentally friendly, and to incite consumers to shop more responsibly.”

By describing all the complexity of the banana market, Thomas even compares it to a financial war. “It is a very peculiar fight, we are all so close in terms of prices and volumes. Besides, we all suffer from it more or less directly or simultaneously, and some lose completely. In this profession, we must constantly reinvent ourselves. In addition to segmentation, the new alternative for importers is to expand their range in terms of origins by importing bananas from Latin America for example, which are sold by European producer organizations. Because offering only one origin is not a good choice today, The client must be guaranteed to receive its contracted fruits, no matter what.”

France: a mature market shared between European bananas and ACP

“The market is very mature in France. The Caribbean banana is mainly unloaded in Dunkirk, while the African banana will mainly enter the territory through the harbors of the south of France. Therefore, the European banana is found on the Dunkirk-Lyon axis, and the African origin on the Marseille-Lille axis, with a strong presence in Paris of the banana from Martinique and Guadeloupe. There is a real relationship between the cost of import and that of land transportation, in order to bring the products to the processing, ripening sites. With this logistical constraint, the cost of land transportation is a determining factor in the supply choices of the end customer,” explains Thomas.

Although we hear a lot about this disease, it does not represent, according to Thomas, a real threat for the banana sector. “When we have industrial productions, it is normal to be faced with problems of industrial scale. Of course, this type of production has a certain impact on the natural regulation of ecosystems. However, this Panama disease is not there to eradicate bananas from supermarket shelves. Other varieties are being studied and ready to replace the Cavendish, the one currently consumed. Although appearance still represents the main selling point today, we will have to be able to sell bananas of various shapes and tastes in the future.”